Five Minutes Of Fame And Where Are They Now?


Reality TV is all the rage these days with shows such as X Factor and Britain’s Got Talent attracting millions of viewers. Granted there have been many success stories with stars such as Leona Lewis and JLS achieving world-wide fame, but whatever happened to the bulk of other contestants?

Individuals, duos and groups who were once adored on TV have vanished off the face of the earth. So, the question remains – where are they now?

Think back to a time before The X Factor, when Popstars was the show to watch. Winners Danny Foster, Myleene Klass, Suzanne Shaw, Noel Sullivan and Kym Marsh were thrown into a band together and Hear’Say was born – what a disaster that was. Despite a few chart-topping hits – notably their debut single Pure and Simple – Hear’Say broke up after just 18 months citing pressure and public abuse.

Surely everyone knows Girls Aloud, but who can remember One True Voice? Both bands were formed on Popstars: The Rivals and went head to head for the Christmas 2002 number 1 spot. Unfortunately for the boys, the girls topped the singles chart with Sound of the Underground and the guys were left to fizzle out.

Despite a few scuffles with Sharon Osbourne, Steve Brookstein sang his way to the top and won the first series of The X Factor. Crowned King of the show, Brookstein was elated, however, was dropped from his Sony BMG label eight months later. By 2007 he was performing on the Portsmouth to Bilbao P&O cruise ferry and apparently was seen gigging in a pub – what a fall from grace.

Andy Abraham may not have won the second series of The X Factor, but he certainly won the heart of the nation. A former bin man, Andy took plenty of rubbish from the judges but soon won them over with his voice and charisma. Andy has since represented the United Kingdom on the Eurovision Song Contest, but unfortunately came joint last. You really would be forgiven for thinking X Factor winner Leon Jackson had fallen down a hole. After winning the fourth series of the reality show, Leon achieved an obligatory number 1 single, before disappearing into the background. He may randomly appear somewhere in the future with a brand new, generic pop song, but for now? Who knows!

Who could forget Rhydian Roberts, The X Factor’s welsh rock-opera star with bleached blonde hair and an intense stare? Quite the character, Rhydian was one of the most popular contestants on series 4 and belted out his own rendition of songs like The Phantom of the Opera. Since the show he has become a patron of The Prince’s Trust and even posed nude for Cosmopolitan to bring about awareness of testicular cancer. 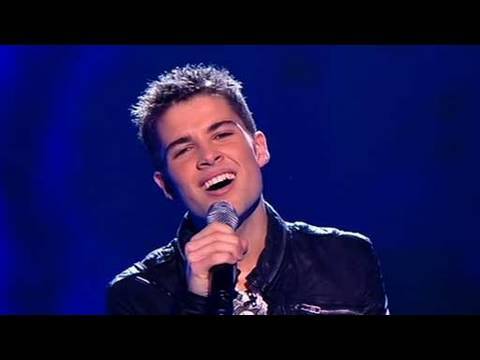 Like so many others before him, The X Factor winner Joe McElderry has managed to disappear into the distance. Unfortunately for him, McElderry’s debut single was beaten to the Christmas number 1 slot by Rage Against The Machine’s Killing in the Name. He has since come out as gay (to very little surprise) and seems to have vanished forever.

Britain’s Got Talent is another reality TV show which reveals some completely jaw-dropping acts. Human Regurgitator Stevie Starr shocked audiences when he swallowed and brought back up a whole number of objects including Amanda Holden’s ring and a pool ball – Needless to say he didn’t win!

Irish contestant Happiness became a YouTube sensation after her crazy dance to the song Scatman on Britain’s Got Talent. Prancing, spinning, jumping and twirling around the stage without a care in the world, Happiness certainly enjoyed her short but sweet moment of fame.

Britain’s Got Talent finalists Stavros and Flatley achieve great success on the show with their Greek Irish dancing. A father and son act with the ability to have fun, the pair didn’t win the show, but they have now released a book entitled “How to be a Little Bit Greek”- Genius.

So there you have it, ten acts which certainly enjoyed their five minutes of fame.

Reality TV is all the rage these days with shows such as X Factor and Britain’s Got Talent attracting millions of viewers.
This guest article was produced and provided on behalf of Show-and-Stay.co.uk ; where you can enjoy a London theatre break that last longer than 5 minutes.