The Most Expensive Phone Apps Ever


Some smartphone apps are expensive and useful at the same time. The only purpose of others is to remind people how rich they are. Here are the most expensive phone apps on the market. 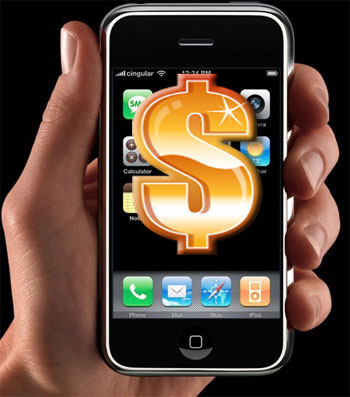 The Most Expensive Phone Apps Ever

Interpath is one of the expensive phone apps, priced at $179.99. It provides remote access for medical staff to pathology images. The app is very useful because it helps diagnose cancer and other serious illnesses. You need an image server such as Aperio to use it, however. This app lets medical pathologists review and navigate remotely through high quality images via wi-fi or cellular networks. This way a diagnosis can be made without access to the original specimen, a microscope, or a computer. The image will be displayed on your image server after you enter the address.

One of the most expensive app is iRa Pro - a dashboard that is used to access and control live feeds of video surveillance cameras. The app is made by Lextech, IL and costs $900. Why would anyone pay that much? Well, this app is in demand by business clients who monitor security systems for corporations, state organizations, institutions of higher learning, and more. Their assets are gigantic, so the price of the app pales by comparison.

The MobileCamViewer, at $349.99, lets you watch and control feeds from several surveillance cameras. You can watch and control DVR, NVR, Video Server and webcams anytime and anywhere via your cell phone. It is also remote-controlled. You get to save time and money and contribute to the protection of the environment, because the app is made with special non-harmful components. It does not matter what you want to keep under surveillance, be it your warehouse, store, construction site or campus. Granted, it does not have all the functions of the iRa, but it does possess quite a few – reliable, carrier-class operations, secure and private viewing, and encrypted access information. The latest version actually lets you save feeds from 25 cameras connected directly apart from the cameras connected through DVR/NVR. This app lets you avoid trips to your home, store or other site of surveillance so for some, it is well worth the cost.

XA1 is an audio analysis app that costs $179.99. What this app does is analyze the audio spectrum in real time. It works with theiPhone and iPod Touch. It operates with the built-in microphone on the iPhone. The app features 1/3, 1/6, and 1/12 octave filters, 30 or 60 bands, low latency, option to select band, tune in filters to musical intervals, and much more.

You may be surprised, but these are not the most expensive phone apps. This dubious honor goes to the app I am rich, which cost one thousand dollars and did nothing at all. Despite this, at least eight people bought it, on the day following its release at that. It was developed by one Armin Heinrich and all it did was show a red gem on the phone's screen. This is to remind people how rich they are every time they look at it. It was pulled from Apple stores soon following the release, but not before it made Heinrich and Apple thousands of dollars.