So finally the moment has come for all Apple fanboys and lovers. iOS 8.4 is officially out now and it brings the previously launched Apple Music to the iOS devices officially along with some other enhancement to the devices in terms of features and bug fixes. the update size is 222 MB and ready to be downloaded already on your iOS devices.

Apple Music is the Apple's "revolutionary" ( again? ) music service, a 24/7 global Internet radio, and a way for music lovers to connect with their favorite artists. The complete list of all features and functionality of Apple Music and other iOS 8.4 update is given below.

Apple iOS 8.4 - Features and Bug Fixes You Need to Know

• You can be an Apple Music member to play from millions of songs in the Apple Music catalog. You can also keep them offline for playback later

• Beats 1 Radio is officially launched and integrated in Apple Music on which you can tune in to music, interviews, and exclusive radio shows on Beats 1, play radio stations created by Apple Music editors or create your own from any artist or song

• You can see shared thoughts, photos, music, and videos from artists you follow, then join the conversation about the same. 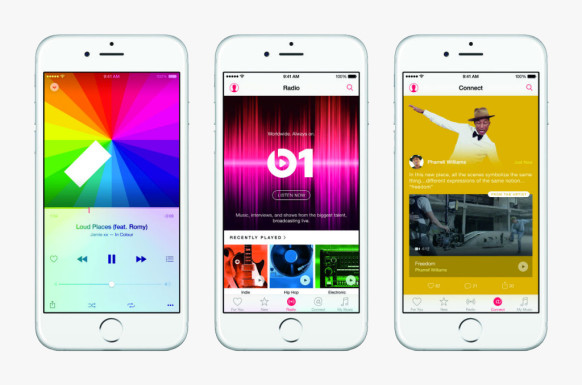 • You can play from all of your iTunes purchases, songs from Apple Music, and playlists in one place

• Completely redesigned music player that includes new features such as Recently Added, MiniPlayer, UP Next, and more

• You can browse, listen and download audiobooks from inside iBooks

• There is a n ew Now Playing feature, designed specifically for audiobooks

• There is improveed accessibility of widgets, glossary and navigation in books made with iBooks Author

• Resolved an issue that may have prevented Hide Purchases from working

• Resolved an issue that may have prevented downloading books from iCloud

Other Improvements and Bug Fixes

• Fixes an issue where deleted Apple Watch apps could re-install