ASUS Zenfone smartphones are very popular in the mid-range segment these days. And soon ASUS is going to launch the next generation of Zenfones. In a recent leak, the design and hardware specs of the upcoming ASUS Zenfone 3 and Zenfone 3 Deluxe came out.

ASUS Zenfone 3 will be featuring a 2.5D arc glass on both the front and back of the design, complimented with a thin aluminum metal design. As we can see in the image and the renders, ASUS Zenfone 3 has a square rear camera module at the back in an octagonal shaped fitting. 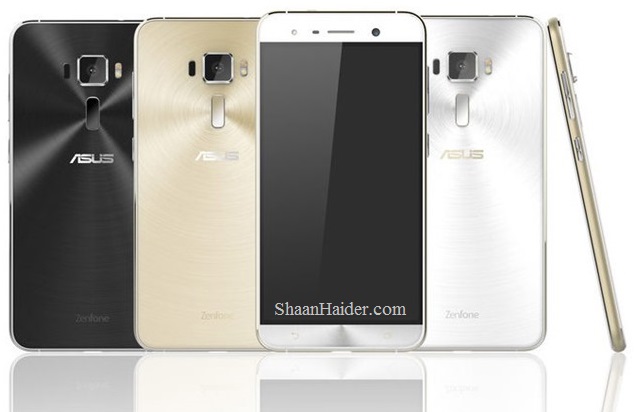 The camera of ASUS Zenfone 3 comes with a dual tone-dual LED flash and a laser auto focus. It is also expected to come with a fingerprint scanner as well. On the front side, there are three capacitive function keys below the display and it is also clearly visible that there is a LED flash provided for the front camera too. The volume rocker and power keys are provided on the right side of the ASUS Zenfone 3.

Now talking about the Zenfone 3 Deluxe, it also comes with a metal design and features a physical Home button along with two capacitive keys on either side of the Home button below the screen. The physical Home button could be backed with a fingerprint sensor just like the many other smartphones like Samsung Galaxy S7 Edge, HTC One M9+ etc.

A power button can also be seen on the right side of the ASUS Zenfone 3 Deluxe, so the volume rockers are supposed to be on the left side of the device.

In the leaked images, ASUS Zenfone 3 is shown in Gold, Silver and Black color variants. It is expected that ASUS is going to announced the Zenfone 3 and Zenfone 3 Deluxe at Computex 2016 event.