BlackBerry is keep coming back with new smartphones time to time. And they latest from BlackBerry is DTEK50, which is claimed to be the world’s most secure smartphone. BlackBerry DTEK50 was leaked before its official launch as BlackBerry Neon.

BlackBerry DTEK50 comes with 5.2-inch Full HD display with 1920 x 1080 pixels resolution and scratch-resistance. It is powered by an octa-core Qualcomm Snapdragon 617 processor and 3GB of RAM. And yes, it is an Android smartphone running on Marshamallow 6.0 OS. 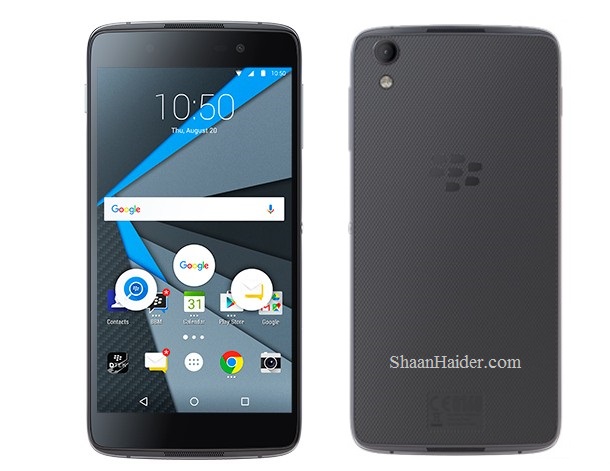 Talking about the security, BlackBerry DTEK50 encrypts user’s every information, including business data and personal data. It is also FIPS 140-2 Compliant and comes with Malware protection, back-up, wipe and restore features for better security of user data.

BlackBerry DTEK50 let user control over that which apps get access to personal info, device hardware, microphone, camera, phonebook, emails etc. There is a DTEK by BlackBerry app provided that automatically monitor OS and apps installed on the device to know when user privacy is at risk and action is needed.

The Secure Boot process of BlackBerry DTEK50 first verifies that the next component is fully intact and not tempered since last boot before proceeding to avoid any security issue.

- microSD Card Support up to 2TB