Ulefone has just launched its rugged smartphone Ulefone Armor on its website officially. 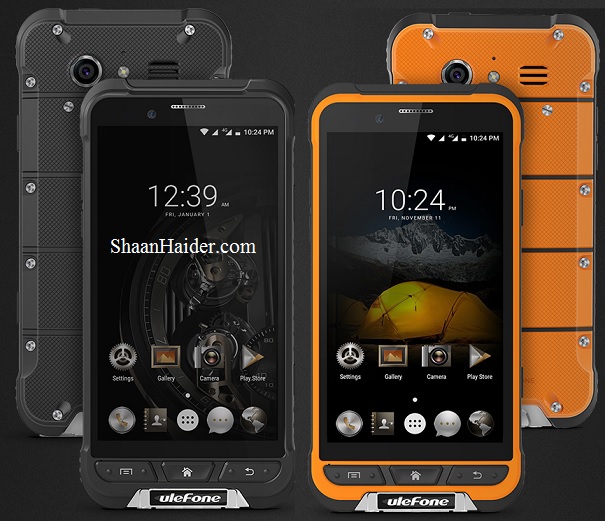 Ulefone Armor features a 4.7-inch 720p HD display with 313 PP and Corning Gorilla Glass 3 protection on it. There are physical navigation keys and the Ulefone logo provided right below the display. Being a rugged smartphone, Ulefone Armor is claimed to to have a safe working temperature bracket of -20℃ to 80℃.

Ulefone Armor has two more functional physical keys on its edges. The SOS key let user make a call while sending a message with GPS information to a preset contact for emergency situations. The physical camera key launches the camera app while taking take a shot.

Ulefone Armor comes with an IP68 certification for being dust-proof and waterproof. It is claimed that Ulefone Armor uses a waterproof film to fill all the gaps and the open ports like earpiece, microphone, and speaker are waterproof themselves. Ulefone Armor's body is composed of two layers made from hard polycarbonate and soft TPU.

The complete list of all hardware specs and features of Ulefone Armor is given below.