It is actually the same device launched as Honor V9 in China and now it is available globally as Huawei Honor 8 Pro. One of the highlighted thing about the device is that its retail box comes with a cardboard VR glass. So you can enjoy the VR content on your device right after start using it.

In this pro version of the Honor 8, Honor has introduced a new feature co-developed with GoPro called as ‘Highlights’. It provides users a better image sharing experience by a picture tagging technology that let the Gallery app automatically arrange pictures and generate photo albums based on people, places and events. 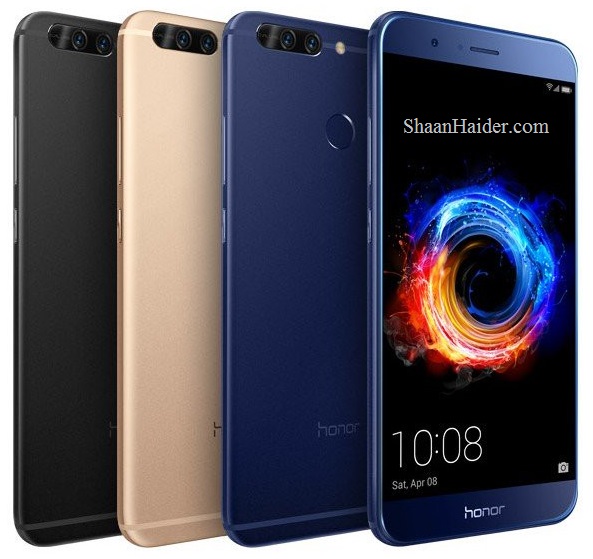 There is a new GoPro Quik app with advanced video editing features included as well that allows users to make films and enjoy them on the VR glasses provided in the retail box.

It is powered by the same Kirin 960 octa-core processor used in Huawei Mate 9, P10 and P10 Plus. The amount of RAM is 6GB and internal storage is 64GB. The second SIM slot can be used as the microSD card slot and supports up to 256 GB of memory card. Huawei Honor 8 Pro runs on the Android 7.0 Nougat OS with EMUI 5.1 on top of it.

Huawei Honor 8 Pro features a 5.7-inch Quad HD LTPS LCD screen with 2560 x 1440 pixels resolution and 2.5D curved glass display. There is a fingerprint sensor, IR blasters and NFC included in the device too. The battery is increased from 3000 mAh to 4000 mAh here.

But there is no improvement in camera setup. It uses the exact same dual 12MP rear camera that is capable of recording 4K videos. There is a 8MP front facing camera provided for taking pictures and video calling.

The complete list of all hardware specs and features of Huawei Honor 8 Pro are given below.