Acer Middle East has official announced massive growth for its Predator range of gaming laptops, monitors and desktops during H1 of 2019. 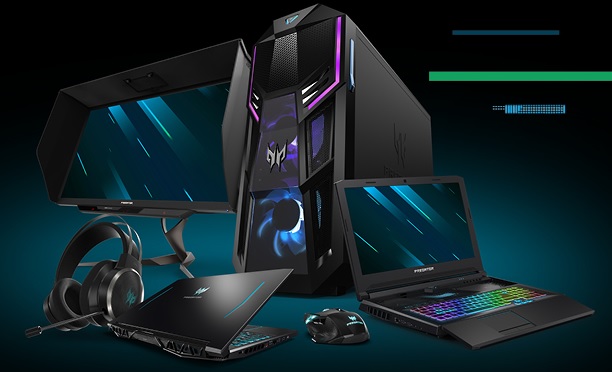 Acer’s Predator gaming range also recorded 97% growth quantity wise in the UAE, 17% in KSA and 168% in Levant for H1, 2019 and making the Acer as one of the key contributors to modern gaming across the region.

Along with the existing popular Predator Orion desktop series, Acer has recently launched a powerful lineup of gaming devices in the region to serve the hardcore gamers. It consists of a refreshed Helios 300, the affordable yet feature-packed gaming laptop, that comes with a 9th Generation i7 processor and 6 GB Nvidia GeForce GTX 1660 Ti.

The next one is the Triton 500 that comes with 17.9 mm impressively slim body and the Predator XB2 Monitor that features a lightning fast 240Hz refresh rate, 1ms response time and 1920 x 1080 FHD resolution.

All of these products are available in KSA through Acer partner shops.

KSA : Available at Jarir and eXtra

Talking about the success of the Predator range in the region, Paul Collins, Acer MEA General Manager commented:

We are delighted with the success the Predator range has had in the region. Gaming and eSports in the Middle East is rapidly evolving and is valued at $3 Billion, according to Newzoo. With that in mind, as shown by latest results from GFK, Acer currently holds a market share of 18% in the UAE notebook gaming landscape alone. This highlight our focus within this segment and commitment to expanding the gaming industry in the region, while also empowering the next generation of homegrown eSports champions.