realme Saudi has announced its official launching date of realme 6 series smartphones, which will be in 29th June 2020, 9 PM. realme 6 series brings the punch-hole display, sharp cameras and strong flagship shooting capabilities to its users.

Following the brand´s motto “Dare to Leap”, realme 6 series comes to complete the portfolio that includes a total of three products: realme 6 Pro, realme 6 and realme 6i. 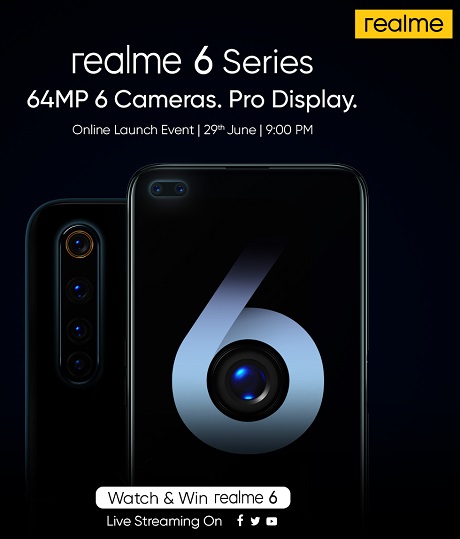 realme  has recently cooperated with Naoto Fukasawa, the world’s top industrial design master, and Alan Walker, one of the most popular DJ, to perfect its products in both design and performance. realme also invited José Lévy, the designer of Hermes House, to join realme Design Studio as realme Special Art Director and lead the design of realme Buds Q.

After just 2 years since it is established, realme has become one of the major smartphone brands in the world, ranking from Top 47 to Top 7 and gaining over 35 million fans globally.