HUAWEI MatePad New Version, is now available across Online HUAWEI STORE, Huawei Flagship Store and certified retailers in Saudi Arabia. Huawei’s new tablet has been updated with WiFi 6 and a newer Kirin 820 chipset to help users be more productive, enjoy immersive entertainment and make the most of e-learning.
The HUAWEI MatePad New Version comes with a vivid 2K FullView Display to give users a crystal-clear display thanks to a 2000 x 1200 resolution which allows even the most minute of details to be shown in rich colour. The tablet is portable as well with a 7.45mm thickness and narrow 7.9mm bezels. Its newly updated and more powerful Kirin 820 chipset combined with Huawei’s proprietary Da Vinci architecture makes switching between tasks effortless and efficient. Add in Wi-Fi 6 and users can enjoy stable and reliable connections as well as superfast streaming on movies, their favourite TV shows or surfing the web.
The tablet also comes with Huawei Share, which gives consumers the ability to seamlessly collaborate across platforms. This means students and mobile learners can start work on the HUAWEI MatePad and continue it on a Huawei smartphone. Students can also be more efficient and productive with the Multi-Window feature, which allows multiple tasks to be displayed at the same time on the new tablet. 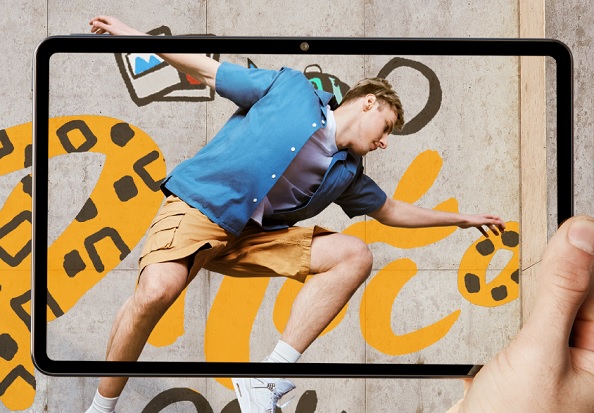 This enables users to switch between apps with one side of the screen used to carry out research for  e-class project while the other side can be used to write a report. A floating window feature provides users with the ability to reply to messages on their HUAWEI MatePad without exiting their current task.
The App Multiplier function lets users take advantage of an app in landscape mode with split screen. Meanwhile Multi-screen Collaboration provides seamless connection between the HUAWEI MatePad New Version and a Huawei smartphone. This means both devices can be used on a single display as well as drag and drop files between the two.  HUAWEI MatePad New Version boasts 4GB of RAM for smooth app performance and 128GB of storage gives consumers plenty of space to save their music, videos and more. The tablet comes with a large 7250 mAh battery that can use 22.5W Quick Charge for rapid recharging.
The HUAWEI MatePad New Version is available now in Saudi Arabia at a price of 1,349. You can purchase it from Huawei Flagship Store at Riyadh Park, Online HUAWEI STORE and several authorized retailers.