MENA Tech (MTE), a company owned by GGTech Entertainment to manage its MENA operations, has launched the Strike Arabia Championship, the first VALORANT competition to unite competitors across the GCC, Iraq, Levant, Egypt, and North Africa. The Strike Arabia Championship is the result of MENA Tech’s agreement with Riot Games, and which includes the organization and integral management of the tournament and content production

The Strike Arabia Championship is an important first step for VALORANT in the region, as it is the only tournament that directly links with larger international competitions – giving local teams an unrivaled opportunity to gain industry recognition abroad. The MENA teams will compete for a place in September’s LAN Grand Final and a chance at snagging a US$50,000 prize pool. The team that comes out on top will be automatically entered into the Last Chance Qualifiers for Europe, held in October. 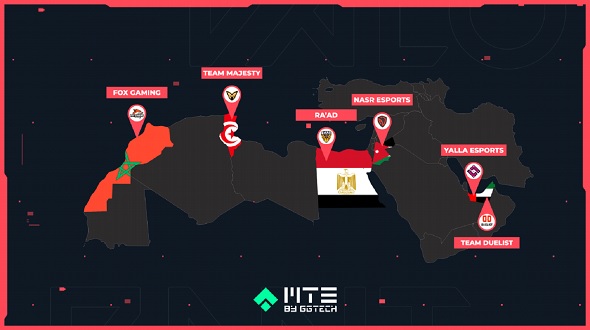 The implementation of the Strike Arabia Tournament has been made possible through a relationship GGTech has cultivated the main publishers, which has seen collaboration at an international level, and aims to encourage and promote the development of an Esports ecosystem, both in the professional and amateur environment, as well as in the educational field, throughout the region.

A first step will be the launch of the League in the university environment, UNIVERSITY Esports in the main countries of the region, as well as the development of some amateur tournaments.

GGTech operates in three continents and in more than 16 countries, which will become 25 by the end of the year, the company will directly manage both its own and licensed competitions, such as the UNIVERSITY Esports League with more than 1,200 universities and more than 100,000 university students participating, registered in 9 different games, qualifying to participate in the regular phase, more than 11,000 teams.

More than 200,000 registered players participate in amateur competitions managed and operated by GGTech. It should be noted that in the professional environment, in less than 1 year, the level of participation in the activity being managed eceeds 6,000 players and 1,000 teams.

We are excited about these first steps at MENA Tech and with the work that the GGTech group is giving in the region, and above all having Riot Games as the main partner of our activity. It is incredible to be able to collaborate to promote the competitive scene, all while generating quality content for fans in the area. And it is encouraging to see that the main publishers are betting so strongly on the growth and competitive positioning of MENA in the global esports scene. All of this is a great responsibility for our team.

Commenting on the partnership, Daniel Ringland, head of VALORANT Esports in MENA and Europe at RIOT Games said;

MENA is a hugely important region for VALORANT with massive amounts of potential. We believe the region will contribute greatly to the overall growth of the esport’s ecosystem and we're excited to continue this journey alongside MENA’s pro players, teams and most importantly, the fans. We can’t wait to be joined by the winner of the Strike Arabia Championship at the Last Chance Qualifiers in October.