Acer's Gaming Devices and Accessories for the Festive Season

As the festive season is almost upon us, avid gamers will be looking to explore their hobby further with the anticipation of the release of the upcoming video games like Fortnite Season 5, Need for Speed Unbound, God of War Ragnarok and The Callisto Protocol. Acer is offering the perfect range of devices for professional and amateur gaming aficionados alike to experience the best that these new games have to offer.

Both the gaming and e-sport sector in MENA is set to soar to unprecedented heights, and the size of the gaming market is projected to increase 19% to more than $5 billion by 2025, according to a report by the consultancy RedSeer.

Against that backdrop, gaming enthusiasts who are looking for dependable and affordable devices need to look no further than Acer. From stationary gaming devices such as the Predator XB253 Monitor, to gaming laptops such as the Predator Triton 300 and Nitro 5, to the newly launched Predator Gaming Chair, exclusively available in Kuwait, Acer offers a wide range of solutions for every need and budget. 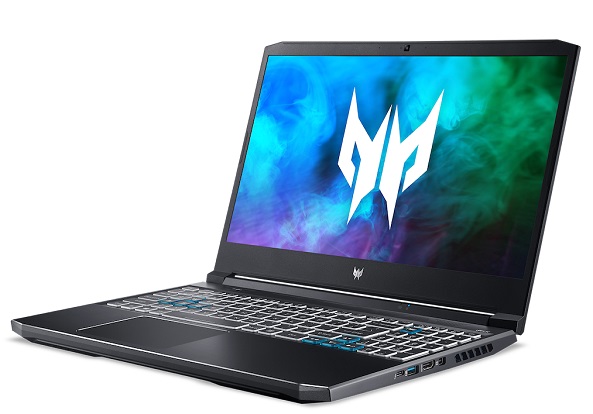 The Predator Triton 300 SE and the Predator Helios 300 notebooks offer advanced specifications for gamers powered by up to 12th generation Intel® Core™ i9 Processor. The all-powerful gaming machines are supported by Acer’s 5th Generation AeroBlade™ 3D Fan, a custom engineered fan with eighty-nine 0.8 mm metal blades that generate 55% more airflow than a plastic fan. The devices also use Acer’s Vortex Flow Design concept to enhance cooling on the CPU and GPU.

Predator Triton 300 SE is designed for gamers who want a powerful device that can also excel in the workplace. The special edition notebook takes on the latest AAA games and the busy workday. The thin gaming laptop is impressive with the NVIDIA GeForce RTX 30 Series Laptop GPUs, 16:10 OLED panel options, supports blazing-fast wireless connectivity with Intel Killer Wi-Fi 6E AX1675i, up to 16 GB RAM memory, and plentiful of ports with Thunderbolt™ 4, HDMI 2.1, and USB 3.2 Gen 2 Type-A options.

Meanwhile, the Predator Helios 300 Gaming Notebook possesses up to an NVIDIA GeForce RTX 3080 GPU and 64 GB of DR4 3200 MHz memory, giving gamers more than enough power to take on all of the latest titles, while a pair of PCIe NVMe SSDs in RAID 0 and one SATA HDD means that the notebook has plenty of space for the next generation of games, too. 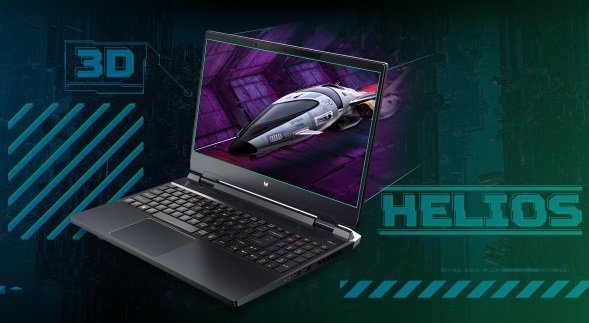 The Predator Helios 300 SpatialLabs Edition is another powerful gaming laptop that enables glasses-free, stereoscopic 3D gaming experiences. With the SpatialLabs TrueGame application, gamers can effortlessly play in a 3D mode on the device in real-time, and without special glasses. The SpatialLabs experience is created through the combination of an eye-tracking solution, a stereoscopic 3D display and real-time rendering technologies. To power the real-time 3D experience, the Predator Helios 300 SpatialLabs Edition features up to 12th Gen Intel® Core™ i9 processors, NVIDIA GeForce RTX 3080 Laptop GPUs, 32GB DDR5-4800 memory and PCIe Gen 4 NVMe SSDs RAID 0 storage.

The Acer Nitro 5 notebook allows users to reign over the gaming world with the combined power of either a 12th Gen Intel® Core™ Processor or AMD Ryzen 9 and up to a NVIDIA® GeForce RTX 3080 GPU. Maximum speed and massive storage can be utilised with two slots for M.2 PCIe and SATA SSDs and up to 32GB of DDR4 RAM. The 4-zone RGB keyboard provides the keys to victory to take command of their game via the dedicated NitroSense Key. Users can step into an immersive experience through dual 2W speakers, with DTS:X® Ultra, to deliver clear sounds in a 3D spatial soundscape. 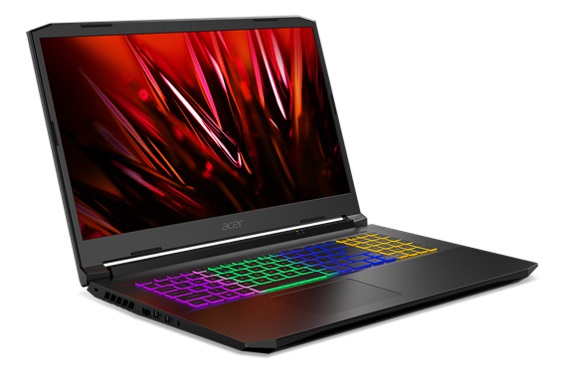 For the best experience, gamers can pair up their favourite Acer devices with the Predator XB3 monitor that will take their experience to the next level with turbo-charged refresh rates, up to 4K UHD resolutions and hyper-quick response times.

In addition to that wide array of devices , the Predator Gaming Chair, currently available in Kuwait, offers the best vantage point for gamers to indulge in their favourite sport. With a cool blue coloured leather, the chair allows gamers to take their most comfortable positions with its tension minimizing and body-hugging design, completed by a detachable lumbar and headrest.

Users of Acer gaming devices such as the Nitro and the Predator can also access Planet9, an eSports platform that brings together a community of like-minded gamers and provides them with the opportunity to learn from experienced coaches, meet and match up with gamers and play in tournaments.

The Predator Helios 300 SpatialLabs Edition (PH315-55s) will be available in UAE & Kuwait starting at USD 4,081 from mid-November onwards