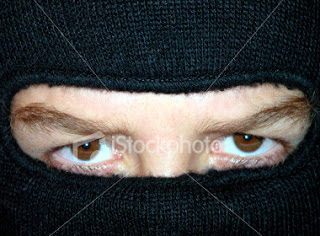 Few day before one of my friend from Mumbai sent me this mail. In fact, it is an old one and started being forwarded months back but still i want to share that with all of you..

'Hey it's on today's newspaper in Mumbai that terrorists are joinging orkut and they are making friends so Anti Terrorism Squad is finding those terorrist. So if they are found in your friend list so you will be in great trouble..... so don't add any unknown. This is for your good ...well please take care......'

That was the message from my friend.. Now i want to know that if anybody is making friend on facebook, twitter, orkut then does that mean he is also involve in every right or wrong activity of that person...?
If anyone who added me in thier friend list,comes out as a terrorist or a criminal,then dose that mean i am also the very same type of person...? That's what i want to know from all you people who are using twitter, facebook, orkut or any social networking site... Even the terrorist who tried to detonate a bomb in a plane said that he is following Osama but only on Twitter, lol. It does not mean that every follower of that crazy guy or every person whom he was following are also terrorists. . . I am having friendship with many music artists all over the world, specially from Pakistani music world, some big names and small underground artists and i am always in touch with them with the help of these social networking sites. Then may be my type of people are also under OBSERVATION... Well hope that they are having the idea to differentiate between a MUSIC LOVER and a TERRORIST

please speak out about your opinions
SPEAK ABOUT YOUR OWN SAFETY...

please comment here and give what you feel about this?