HOW TO : Create Nameless Folder In Windows

There are lots of tricks which you can on Windows operated computers. Earlie I posted that How To Create A Virus In Windows and Watch Hidden Movie In Windows XP. And here I am sharing that how you can create nameless folders in Windows systems. 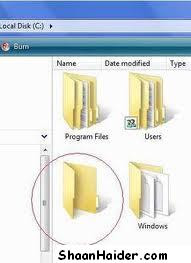 HOW TO : Create Nameless Folder In Windows

2. Now press F2 and the file name will be editable to rename it.

4. Now just press Enter and the nameless file or folder will be created. Enjoy :)

2. Hold the Alt key and type 0160 from the Numpad as explained previously.

4. Press the Enter key and you will have another nameless file in the same directory.

5. If you want to create more nameless folders then just repeat the step 3 to create any number of nameless files or folders in the same directory.


Posted by Shaan Haider
Categories : How To :, Tips, Windows