Hope that you still remember the news and the Hand-On review video of the world's cheapest tablet developed by India. The famous $35 Indian tablet is going to come out very soon this month but with a higher price tag of $49. 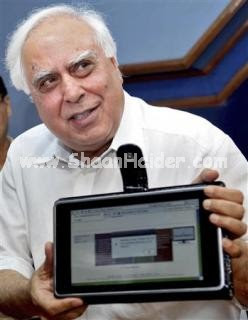 As the Indian government has announced that first 10,000 units of Sakshat tablets will be delivered to IIT-Rajasthan in the late June. And in the next four months, 90,000 more Sakshat tablets would be made available at a price of Rs 2,200 per device (which is around $45). And the great news for students is that the Indian government will subsidize the cost by 50%, so a student would have to pay only Rs. 1,100 for the device.


So if you are looking for tablet then, just wait a bit and buy Sakshat which is gonna be the world's cheapest tablet.