The development of tech is moving at an increasingly fast pace and any techie that falls behind is in for some serious headaches trying to catch up again. From private companies to governmental projects and departments – everyone is reliant on developing technology . If you’re in charge of the tech for your place of work then you may want to connect with your management team to discuss getting you out to some of the following 2012 events.

Depending on your area of interest, you could gain major advantages in your field by attending one of the many lectures and events taking place. Everything from advancements in engineering to emerging software and hardware is on offer. Without further ado, let’s take a look at what’s happening in the tech world in the coming year. 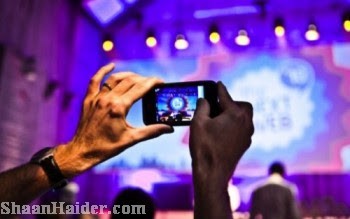 This four day event in Orlando, Florida is set to celebrate 20 years of Microsoft’s achievements – by showcasing products and offering onsite training on how the next generation of software is going to operate. This technology conference is focused on giving IT pros and developers an idea of what to expect in the coming year, while getting them ready to adapt to and take full advantage of the upgrades. If your business is reliant on Microsoft tech (and whose isn’t?) then this is likely to be a big one.

From July 26 - July 29 in Albuquerque, New Mexico this inventors’ paradise will be in full swing. The conference exists so that inventors are able to show of their work for recognition and, hopefully, funding for their projects. Other than the display of new tech there are also lectures on a broad range of fascinating topics such as tesla technology, zero-point energy, energy conservation, low temperature plasma and electrogravitation . There may be a hack or two talking about healing with magnets but, on the whole, you’re in for some learning.

Buckle your seatbelts because the NVTC continues into 2012 and the roster is titan packed with living legends in the IT and internet industries. In 2011 we saw presentations from Steve Case and Steve Appleton , which was amazing enough, but this year we’ll be addressed by Steve Ballmer and Mark McLaughlin (why are there so many Steve’s in the NVTC?).

The conference is set to be a major event as these key people discuss developments regarding PC tech and the software/hardware industries in general. If you do nothing else this year, then at least pay attention when the man who led the team which created the Microsoft .NET Framework , speaks.