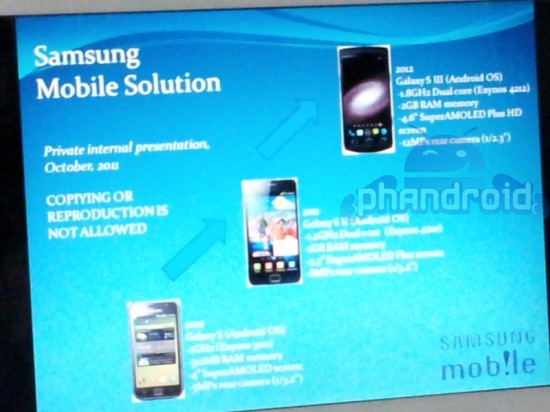 Now the things which makes these specs a fake one according to me,

- The images of the phones are having the white space around which makes it a work of the copy-paste.

- The spelling mistake “Copiying” instead of "Copying" which is a very rare thing on any major brand's official site.


But if the Samsung Galaxy S III is gonna have these specs then, it will be the best smartphone available in the market for sure.