Finally, Apple is going to come out with a tablet smaller than the previous iPads in size. According to the rumors, the new Apple tablet will be called as iPad Mini and it will be a 7-inch device. Though Apple always used to criticize the fragmentation of the Android, now Apple is going be the part of the very same fragmentation. 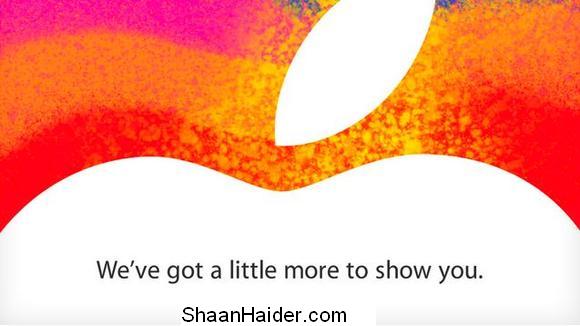 The invitation for the event is already sent but Apple didn’t mention that this launching event is of which product. But the message on the invitation, “We have got a little more to show you”. Indicates that this is about a smaller product which can be nothing other than the iPad Mini. The Apple Event is scheduled for the 23rd October. The venue for the Apple Event is California Theatre in San Jose, California and it will start at 7:00 PM local time.

It is also expected that Apple is going to launch the Retina 13-inch MacBook Pro,Mac minis and iMacs in the very same Apple Event. But nothing is confirmed yet officially.