The HTC range of mobile phones and smartphones are fast becoming popular choices. They were once not such a highly recognisable brand, but with advancements in technology and collaborations with software companies, the HTC handsets can be a force to be reckoned with. They sell phones to suit all budgets from the most basic cost effective handset, ideal for light users or first time mobile phone owners, right up to the luxury models with all the whistles and bells, top notch features and a whopping price tag to match. 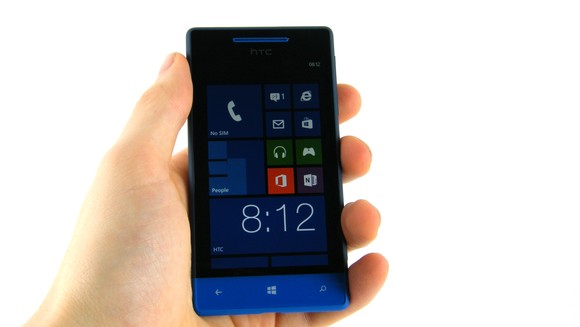 The design is very user friendly. It can be easily held in the hand making it comfortable to use, it is lightweight so perfect for carrying in a pocket.

The fact that it comes in a variety of colours means it can also be very fashionable too. There are just three menu keys on it, so those people with larger hands or who suffer from dexterity issues may find that this handset is much easier to use than some of the smaller models.

The screen is of 4.0 inches in size and having Corning Gorilla Glass for its protection. The screen, at 4 inches is a decent size for most of the user and big enough to provide all the Windows 8 tiles on the screen to work properly. The screen resolution is kind of low with 480 x 800 pixels but 233 ppi pixel density provides sharp display.

The internal memory is 4GB. The expandable memory supports the memory up to 32GB which is great for anyone who wants to store music or download videos for playback later. The RAM provided is 512MB only which is quite low if you are a heavy multi-tasker. 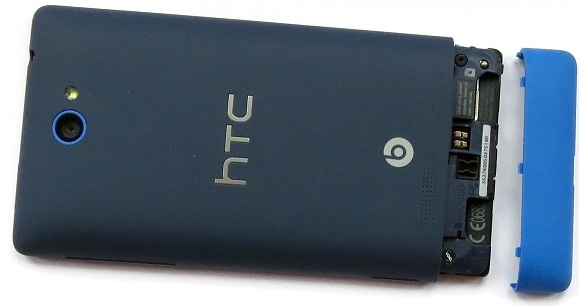 The HTC 8S camera has resolution of 5MP; however it takes its best images in good light conditions, so for some people it can be a little disappointing. You can also have fun with the video recorder sing which you can record the 720p HD videos. As long as the lighting conditions are good; it can be just as efficient as having a digital camera.

The operating system is Windows Phone 8 and it is so easy to use, even those who have never owned a smartphone before can easily find their way around. It makes it so simple in fact; users will wonder why they never converted to smartphone technology before now.

The HTC Hub is an excellent feature that can really make your life easier. You can use it to access information on the weather forecast or even to find out the correct time. The information is right at your fingertips. As a matter of facts the HTC 8S gives you access to so many apps but still any Windows 8 device is nowhere close to the Android and iPhone when it comes to the smartphone apps.

Why to Buy the HTC Windows Phone 8S?

For the great price of this handset and all the good quality features it packs into its little casing, the HTC 8S really is worth considering when looking to upgrade your old phone for a new improved smartphone.

The HTC 8S can really hold its own against many of the more expensive handsets, and while not one of the cheapest, it is well worth every penny you will pay for it and it is set to become one of their most popular models of HTC.