Tomorrow is the big Apple event for all the tech and Apple lovers. Apple will be unveiling their next iPad products at Noon Central Time. Of course we all are so excited like we always do at any Apple product launching event.

So, it would be a nice to compile several of the most prevalent rumors regarding what we might see from Apple's new iPad line. Here's a breakdown of all those leaked features and specs of the iPad 5 and iPad Mini 2. 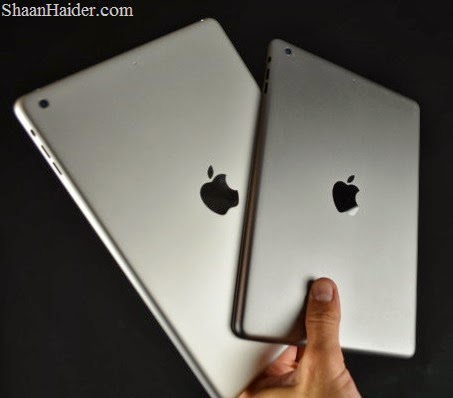 1. According to the supply chain leaks, the new iPad will have a newly improved displays as well as a large sized 12.9-inch screen.

2. After the huge success with iPhone 5S, Fingerprint scanner will likely appear on the iPad 5 and the iPad 2 Mini as well.

3. According to the iPad 5 and iPad Mini 2 golden rear shells leak, the gold color of the iPhone may be available for the new iPads too.

4. Next-gen iPads will likely have even thinner iPad mini-like bezels than before.

You can also watch the iPad 5 and iPad Mini 2 launching event live on your computer on the video channel given here on the Geeky Stuffs.

The live stream channel is on off-air mode now and will go live once the Apple iPhone 5S launch event is started.