Gionee is slowly getting popularity in the world of Android smartphone, specially in India where lots of Chinese OEM are entering because of the potential market. Recently when Gionee launched S5.5, it created lots of waves as the device was claimed to be world's thinnest smartphone having just 5.5mm thickness.

We tried our hands on Gionee S5.5 recently and in this post, we are going to share our review of Gionee S5.5 covering all pros and cons of this device. 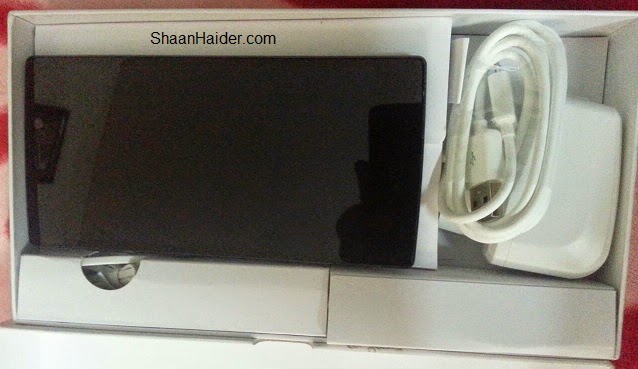 Gionee S5.5 comes with the Amigo OS 2.0 which is nothing but the skinned version of Android 4.2.2 Jelly Bean OS. Gionee's launcher is nice and provide lots of customization. There is no App Drawer on it like iOS. The lock screen is having dedicated shortcut keys, using which you can launch the camera, voice recorder, make fake call and torch.

You can have total of nine Home screens and can create folders to arrange the apps if you start running out of the space on home screen. Just like the MiUI, Amigo OS comes with lots of theme and in-built utility apps like Task Switcher, Phone Accelerate task killer, Power Saving Mode, Guest Mod etc. It also provide a nice feature called Suspend Button which gives you all the capacitive keys on the screen.

It is one of the best and most hyped thing about Gionee S5.5 as it is claimed to be world's thinnest smartphone. The frame of the device is made of magnesium alloy which makes it very lightweight. Corning Gorilla Glass 3 is provided for the protection of the screen and on the back panel as well which gives the device a very beautiful look. 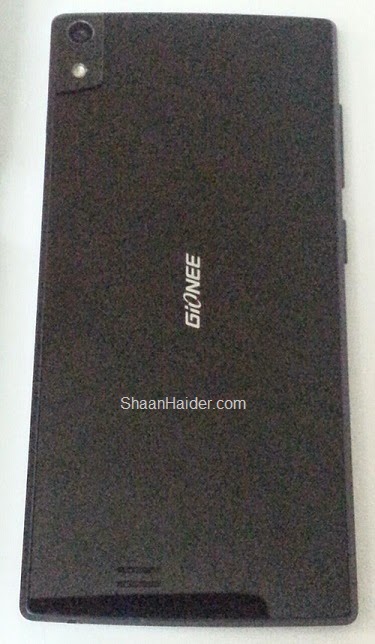 The unibody design does not let you take the battery out. The SIM card slot is given on the left side of the device and you will find the power button and volume rockers on the right side of the S5.5. The USB port is on the top and the only speaker is at the bottom of the back. The whole device is designed to achieve that super slim look.

Gionee S5.5 sports an octa-core 1.7 GHz Mediatek MT6592 Cortex-A7 chipset which comes with 2GB of RAM. The GPU used is the Mali-450MP4 which is an old generation one and you can feel it affecting the gaming and web browsing performance sometimes. Though the processor and RAM compensate for the GPU a bit, you will not like the device if you are a heavy smartphone gamer.

Processor and RAM works perfectly for multitasking on general and most of the time you will not feel any lag. The biggest problem I have faced with this device is it heats up a lot whenever I am playing any HD game, doing heavy multitasking or shooting full HD videos.

The display of the Gioness S5.5 is good one as it uses the panel which very similar to the Samsung Galaxy S4. At the 5-inch screen of Gioness S5.5 having the 1080 x 1920 pixels resolution, you will find the 441 ppi pixel density i.e sharp and clear display with great contrast. You will not find any pixel on your screen.

The Super AMOLED screen is bright enough to let you use the device easily when you are out in the sun and half the credit goes to the non-reflective screen of Gioneee S5.5

Gioness S5.5 is having a 13MP rear camera and 5MP front camera for video calling and taking selfies. This camera specs is really common in all Chinese OEM these days, so Gionee needed to come out with some unique camera features to stand apart from them. Though the default camera app is pretty much the same standard Android camera app, the DJ's Turn Table like UI is different which makes it confusing at the first go. 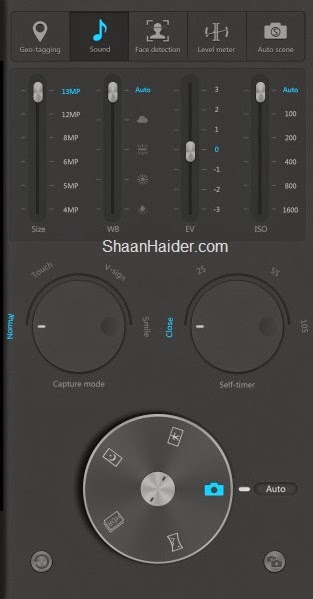 It comes with some basic camera features like HDR, Geo tagging, touch focus, smile detection etc The 13MP rear camera can take full HD videos at 1080p resolution and still images at 4208 x 3120 pixels resolution. There is no dedicated camera key but you can assign dedicated task to volume keys to perform when they are pressed when the camera app is on.

The quality of still images taken from Gionee S5.5 are good. Even at the low light situation like sunset, it works pretty well. But we can't say the same about the video quality. Though at proper lighting video comes nice, at low light the video quality is pretty bad. The 360 degree panorama is nice and captures the view beautifully.

The Charm Camera app is having some nice features like Beauty Face, Make up shot, Best Face, Eraser, Life filters, Stamps etc. The only drawback is that it is a separate app and these features are not included in the default camera app.

The music player is very much similar to OPPO's music player and comes with some nice features like DTS audio customizations and Sleep Timer. You get music controls on your lock screen too. The FM radio provides the feature of recording the broadcast which is a nice feature.

One biggest drawback here with the music app is that you can't create your own playlist which kind of sucks if you are a music lover. As already mentioned above, this device is good for the casual gaming but not for the heavy games as the device heats up a lot.

If you are looking for a beautiful device with premium look then Gionee S5.5 is the one for you but if you are more into performance and heavy usages, you would like to avoid it as Gionee S5.5 is one of the most beautiful smartphone around but not the most powerful ad feature rich.