Consumer Electronic Show 2015 ( CES 2015 ) is going to be started in just few hours and to fuel the interest of the gadget lovers, Acer came out with a nice entry level phone Acer Liquid Z410 with some impressive feature at an attractive price tag.

Acer Liquid Z410 comes with a 4.5-inch display having qHD resolution of 540 x 960 pixel density which provides the 245 ppi on the screen, 5-megapixel primary camera with LED flash, 2-megapixel front facing camera with wide angle of 80-degree lens to take selfies, Category 4 LTE capability which will let you get up to 150 MBPS speed on Acer Liquid Z410. 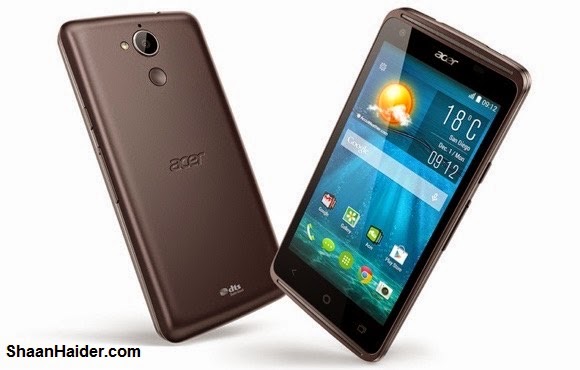 The features and price of Acer Liquid Z410 makes it a great entry level device. So, it is expected that it will be available worldwide soon too once it is launched officially in the EMEA region.