This is the month of new smartphone launching and being the part of the trend, Infinix Mobile has released its latest smartphone Infinix Hot Note X551 which is claimed to be one of the slimmest and lightest 5.5" smartphone on the market thanks to a clever screen/frame ratio, docking in at 8.9 mm and 172g.

Few of the key features of Infinix Hot Note X551 are Mediatek Octa-Core 1.4 GHz processor, 5.5-inch 720p HD screen, Android 4.4.2 Kitkat OS, 16GB internal memory and 8MP camera. But the most highlighted feature of Infinix Hot Note X551 is 4000 mAh Lithium polymer battery and the super-fast charging capability. Taking just 55 minutes to charge to 75%, the device will then last for one and a half days at heavy usage. 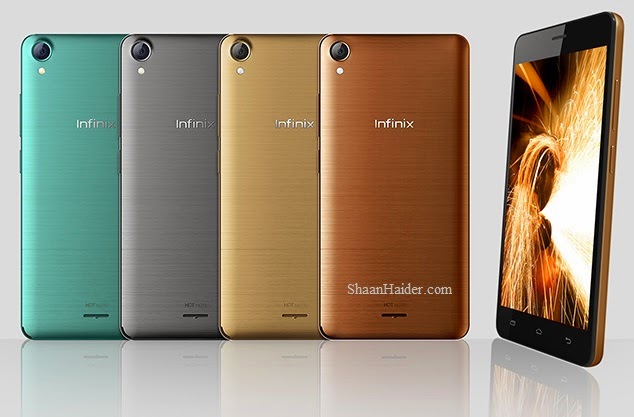 According to Infinix Mobile, you will get 7 hours of battery life just by charging your Hot Note X551 for 20 minutes, thanks to 3A output current charger. It is claimed that you will get 600 hours of standby time, 21 hours of talk time, 8 hours of video playing, 40 hours of continuous music play and 6.3 hours of web browsing.