After the success of Be Touch, Ulefone has launched their latest flagship device Be Touch 2 which comes with some interesting features and hardware specs. Few of the highlighted features of Ulefone Be Touch 2 are 64-bit octa core processor, 3GB of RAM, Dual-SIM and Dual Standby, 4G LTE, fingerprint touch ID, 13MP primary camera and 5 MP front facing camera.

Be Touch 2 comes equipped with a front fingerprint touch ID which supports 360 degree rotation fingerprint identification with a response time of 0.1-0.5 seconds. It’s claimed that you can even use it with your wet hands. 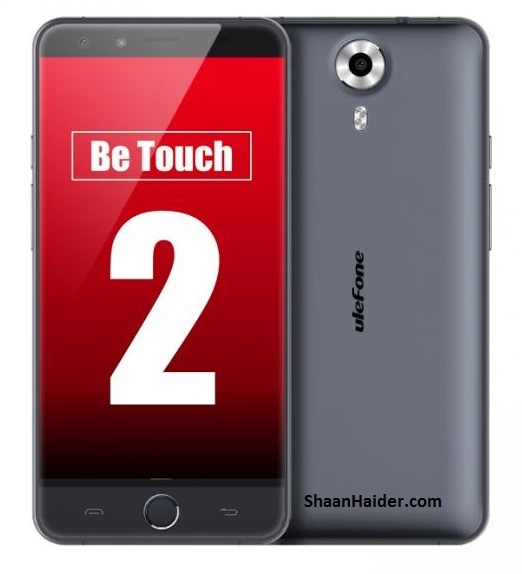 It also supports the Slow Motion recording where you can select which part of the video you want in slow motion and at what speed. Another interesting camera feature of Ulefone Be Touch 2 is the motion tracking. By default, the camera app automatically choose 4 photos from the 20 continuous shot to form a motion track photo, while manually, you can choose 8 of them at max.

The big SONY/ATL 3050mAh battery of Be Touch 2 Advanced is supported by quick-charge technology of Texas Instruments along with its smallest I.5A charger which allows to charge 35% of the battery in 15 minutes. The complete list of all hardware specs and features of Ulefone Be Touch 2 are given below.