People were waiting for the OnePlus 2 since a very long time after the huge success of OnePlus One which was branded as “The Flagship Killer”. Since last many weeks, there were many leaked information were coming out regarding the OnePlus 2. OnePlus also officially revealed few information about the OnePlus 2 recently.

And now, OnePlus 2 is officially launched via a virtual reality launch event and soon will be available in the market. Interestingly, OnePlus is branding the device as the “2016 Flagship Killer” following the same path as the device is having high hardware specs at a competitive price. 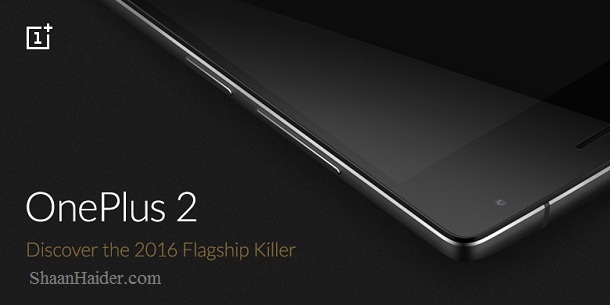 
OnePlus 2 will be available in US, Europe and India from 11th August on Amazon and through an invite-only system. The price of OnePlus 2 for 16 GB version is $329 and for 64 GB variant, you will have to pay $389.