This year, lots of Android phones have been presented. In this article, we are going to talk about the most popular mid-range devices.

2 GB RAM has almost become standard for mid-range devices and we high-end smartphones are coming with 4GB of RAM. Due to this, some mid-range smartphones are already offering 3 GB of RAM, which was typical of high-end devices so far. Today, we are going to present the best 3 GB RAM devices that are available in the market at affordable price. 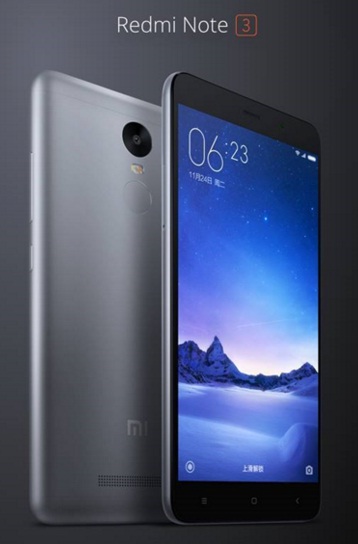 Xiaomi Redmi Note 3 is the newest mid-range device from Xiaomi. This smartphone incorporates a metal chassis, with 5.5-inch IPS LCD screen with a resolution of 1080x1920 pixels. Xiaomi Redmi Note 3 is powered by a MediaTek Helio X10 Octa-Core processor, accompanied by 3GB RAM and 32GB ROM not expandable through microSD storage. Redmi Note 3 is also equipped with a 13MP camera, and it runs Android 5.0.

OnePlus X is the newest OnePlus device, which has been released a month ago. This smartphone incorporates a 5-inch AMOLED screen with a resolution of 1080x1920 pixels. This device mounts a Snapdragon 801 Quad-Core. OnePlus X also incorporates 3GB RAM and 16GB of internal storage, expandable through microSD card. OnePlus X main camera incorporates a 13MP sensor, and it runs Android 5.0.

This device can be purchased for a price of $267.99 and it is obviously not cheaper but still considered a mid-range smartphone.

UMi Rome is the newest device from UMi. It incorporates a plastic chassis with metal frame, 5.5 inch Full HD resolution. This device is powered by a MediaTek MTK6753 Octa-Core device, and it also incorporates 3GB RAM and 16GB ROM, expandable through micro SD cards. UMi Rome incorporates Android 5.1, and it mounts a Sony IMX179 13MP sensor on its main camera.

As we can see, UMi Rome is offering similar characteristics as the smartphones above presented, but is costs only $109.99 and can be a great option for those people who are looking forward for a backup phone or a phone with good specs without spending lots of money.