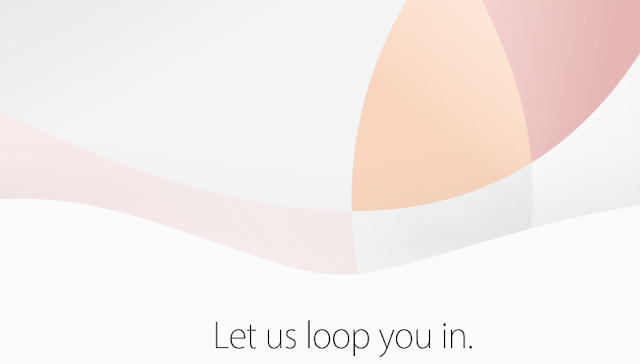 Apple has today started sending out invites for a media event that will be held at the company's Town Hall auditorium located on its 1 Infinite Loop campus in Cupertino, California on March 21st. Just like other Apple events this event will also start at 10:00 AM Pacific Time.
The invite cover says 'let us loop you in' and apple is rumored to be launching a new version of it's iPhone 5s. The new 4 inch phone will look mostly identical to the iPhone 5s but will have more power inside. The new phone, which is also rumored to be named as iPhone SE will have the Apple A9 chipset, more improved camera and NFC Support for using Apple pay.
Apple is also said to be launching a new version of it's iPad sized around 9.7 inches and new bands for the Apple watch. The existing bands are also supposed to get some new colors.
Apple will be live streaming the event on their website and through Apple TV. Geeky Stuffs will be there at the event and we will update you when the next news breaks.