There is still no particular and reliable news of the HTC's 2016 flagship smartphone which the company is teasing as HTC 10. But, today a picture has leaked on the internet showing the device upon a user's hand and the screen is showing AnTuTu benchmarking test score. We expect the device will be officially released on April 12th. 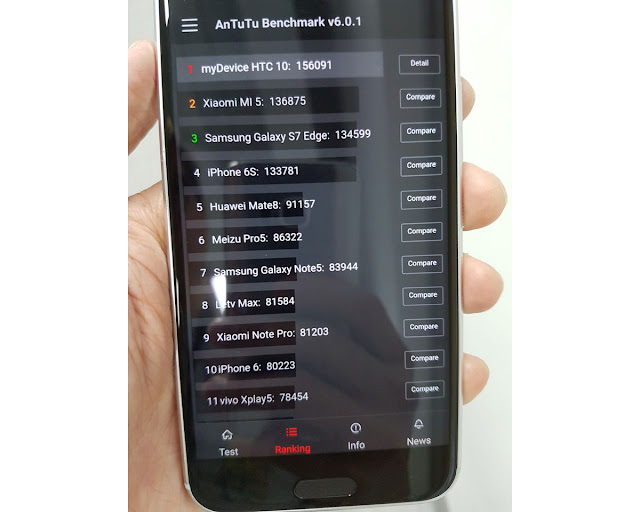 About the AnTuTu benchmarking test score of HTC 10, as per the leaked picture, the device is more powerful than the Apple iPhone 6S, Samsung Galaxy S7 Edge and Xiaomi Mi5. Although the specifications are still unknown but we can expect to see a Qualcomm Snapdragon 820 Chipset along with a Adreno 530 GPU, 4 GB of RAM, 5.5 inch WQHD screen and may be a 12 MP camera which HTC teases to be the best.

We can't verify if the picture is edited or real at this moment, so take the 'rumour' with a grain of salt and keep waiting for the any official information from the HTC regarding the HTC One M10 ot HTC 10.