Microsoft Arabia announced the launch of its new tablet and one of the most popular Microsoft product Surface Pro 4 in the Saudi market today in a media event held at Riyadh, Saudi Arabia. 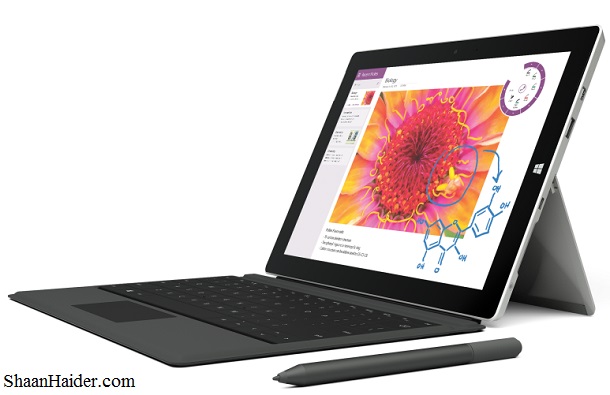 Surface Pro 4 is being marketed as “the only tablet that can replace a laptop” as it is designed and developed to fully operate desktop software unlike conventional tablets. It also provides the input functions by keyboard typing, mouse, smart pen, voice commands and Touch technology.

Surface Pro 4 sports a 12.3-inch 10 point multi-touch display with 2736 x 1824 resolution providing the 267 PPI. The PixelSense Display Technology is used to reduce the reflection of light on the screen for better viewing and user experience. Both cameras of Surface Pro 4 are capable of recording 1080p full HD videos and the front camera comes with Windows Hello face-authentication as well.

It weighs less than 786 grams and thickness of the device is just 8.45 mm. Silver magnesium is used in the body of Surface Pro 4 for maximum protection. The battery is claimed to have up to 9 hours of video playback on a single charge. 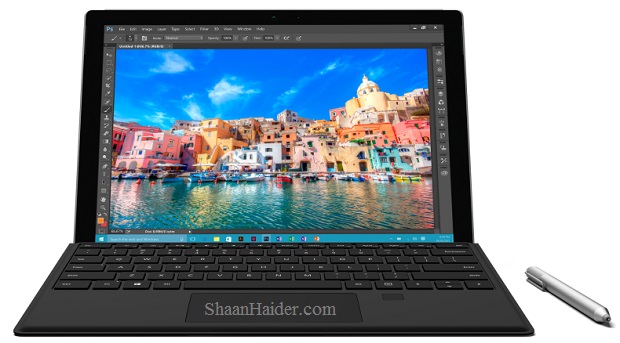 Surface Pro 4 features a smart cover with a keyboard and touchpad, providing a nice combination of protection and performance. Surface Pen comes with 1,024 levels of pressure sensitivity and Palm Block technology to prevent the trigger of accidental commands by the touch of the palm. Surface Pen is smart enough to recognize and "interpret” the user handwriting

“Surface Pro 4 makes it easier for both individuals and businesses to accomplish more in comparison with other devices as it uses the Windows 10 operating system, accompanied by the 6th generation Intel processors, so not only can it run general applications, it also runs desktop programs to perform specialized work on the go and while traveling, especially tasks that rely on cloud services.

The outstanding performance of the device comes as a result of several factors; mainly Microsoft's approach to adopt the concept of advanced business performance via mobile and compact devices, and the Bring Your Own Device BYOD initiative, in addition to putting priority on accessories that allow Surface Pro 4 to replace a laptop”.

- 6th Generation Intel® Core™ i5 and Core™ i7 Processor

- Surface Pen with 1,024 Levels of Pressure Sensitivity and Magnetic Storage

- Up to 9 Hours Battery Life

Microsoft Surface Pro 4 will be available in the Saudi Arabian market from May 1st and there will be four variants of the device available as follows :