Samsung Gear Fit was launched back in 2014 and after an interval of two years, the latest fitness tracker and successor in the series is launched as Samsung Gear Fit2. It comes with a 1.5-inch curved Super AMOLED screen and runs on the Tizen OS.

Samsung Gear Fit2 automatically tracks 15 different types of fitness activities such as walking, treadmill squatting, yoga and more to provide you accurate data of your activity. It comes with a built-in GPS and a heart rate monitor (HRM) sensor that can measure the factors like distance, pace, route and calories burned and heart rate. 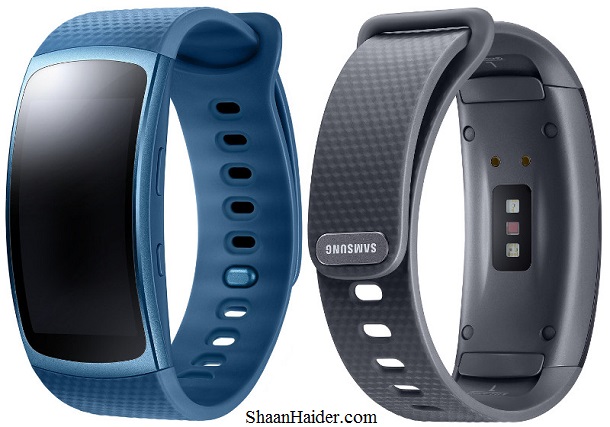 It also comes with a standalone music player that transfers music between the Samsung Gear Fit2 fitness tracker and your smartphone by using the Samsung Gear application. There is also a feature included that play motivational soundtrack over Bluetooth to give you the motivation needed to keep you moving. It has IP68 ratings for dust and water resistance as well.

The list of highlighted features and specs and of Samsung Gear Fit2 is given below.

- Tizen OS (Compatible with smartphones running on the Android 4.4 or later version with minimum of 1.5 GB RAM)

- IP68 Certification for Water and Dust Resistance - Up to 30 minutes in up to 1.5m depth of water