Samsung Galaxy S7 and S7 Edge are two of the best smartphones available in the market currently. And Samsung ‘s next and upcoming flagship device Samsung Galaxy Note 7 is already in news since a long time, thanks to all the leaked images, renders and hardware specifications coming out everyday.
It was being expected that the next Galaxy Note smartphone will be launched in the first week of August this year. And now Samsung has finally and officially revealed the launch date of the Samsung Galaxy Note 7. 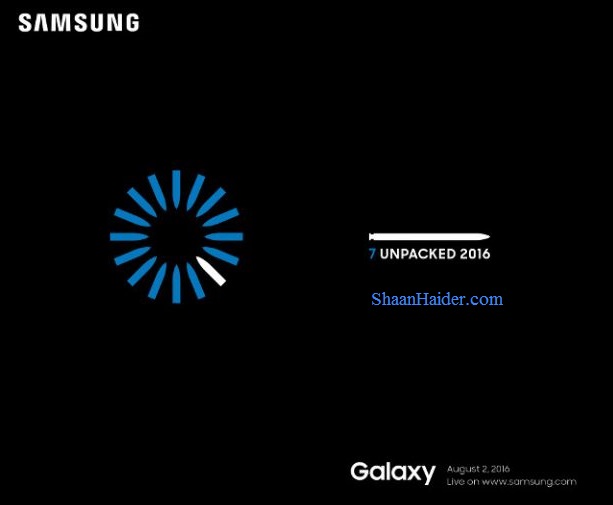 And if you are wondering why Samsung is naming the device Note 7 instead of Note 6 and skipping the sequence, here is the official statement by Samsung regarding it.

Samsung Galaxy Note 7 is a powerful instrument for achievement and self-expression, and is made for those who want to get the most from their phones – and their lives. Galaxy Note7 will help people do more in work, at home and everywhere in between. We can’t wait to tell you more about it!

First and foremost though, you might be curious as to why it’s called Galaxy Note7 instead of Galaxy Note6. There are a couple reasons why. First, the Galaxy Note7 will complement our Galaxy S7 and S7 edge, and unify our product portfolio. Second, the Galaxy Note7 will minimize confusion about the latest mobile technology from Samsung, and provide full alignment with Galaxy S smartphone.