Nikon is popular name in the world of photography and among professional photographers. And now Nikon is targeting the huge userbase of casual photographers with action cameras and 360-degree cameras. 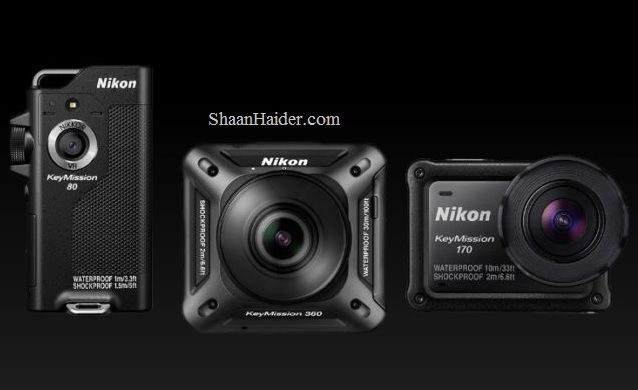 The camera is waterproof, shockproof and freeze-proof. Few of the highlighted features of KeyMission 170 are an 8.3-megpixel CMOS sensor, f/2.8 aperture, 4K video capture, electronic vibration reduction to reduce shakes, an LCD display on the rear for live view and playback.

Also Check : Top 6 Reason Why Should You Buy an Action Camera

Being the lower-end model, KeyMission 80 sports a smaller body. It has a vertical orientation and and can be worn on the arm easily.

Few highlighted features of KeyMission 80 are 12-megapixel main sensor with an f/2.0 lens, 5-megapixel selfie camera with a f/2.2 aperture, a 1.75-inch LCD display and built-in Wi-Fi and Bluetooth for connectivity. Both cameras support the Nikon’s SnapBridge app.