We are seeing lots of products being announced at IFA 2016 but one announcement that is the most attention grabbing is by Turing Robotics Industries (TRI).

There will be also two 256 GB memory chips for internal memory and an additional 500 GB available through micro-SD card slots. So, overall user will get a mind boggling 1TB of storage in Turing Phone Cadenza.

And it features four SIM card slots. Though this is not something new but it is really new if we are talking a high-end smartphone. 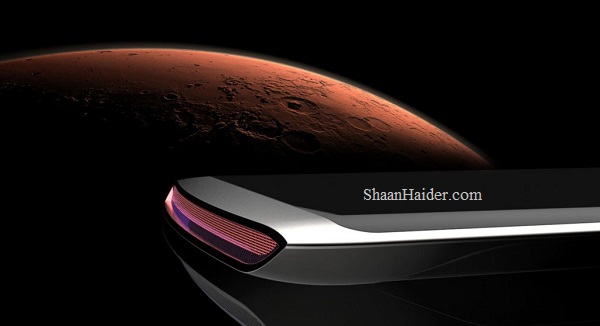 When it comes to imaging, Turing Phone Cadenza will have a 60 MP primary camera with iMAX 6K sensor and triple lens. On the front-facing side, there will be 20 MP dual front cameras to taking selfies and video calling.

On the OS side, it is powered by Swordfish OS with artificial intelligence Deep Learning features. There is also a “VoiceOn” technology used in the Turing Phone Cadenza that will let user turn the phone on and off with voice commands.

User's voice can also be used for bio-metric authentication with voice recognition module, as against a retina scanner or a fingerprint scanner.

There will be three batteries to power the device based on the Graphene Oxide composite and hydrogen fuel cells technology. The complete list of all hardware specs and features of Turing Phone Cadenza are given below.