Samsung Galaxy S8 to come with Windows 10-Like Continuum Feature


Even though the Windows Phone market is down, the fact is that OS and Lumia smartphones introduced lots of new and productive features that iPhone and Android copied and using currently.

Living Images, Glance Screen, Action Shots etc. are just few of them which were renamed and introduced by other brands and OS. 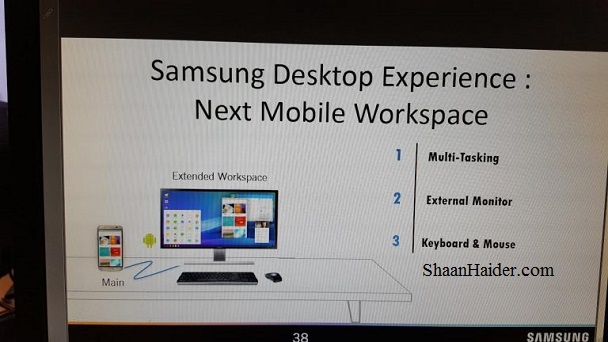 And now based on a leaked image, Samsung is going to introduce a feature in upcoming Samsung Galaxy S8 like Continuum of Windows 10 Phone that will let people use the Galaxy S8 on a desktop.

If you do not know, Windows Continuum is a great productive feature of Windows 10 Phone that let user use the device as a desktop when connected to a portable display dock along with monitor, keyboard and mouse.

User can use both the Lumia smartphone and the desktop at the very same time without interrupting a task on any of them.

Even though it is not an original idea, the feature will improve productivity on Samsung Galaxy S8 and will bring the Continuum feature on Android smartphones phone for better and improved productivity.