Huawei Mate 9 was launched last year and in the next few months we will be seeing the mighty Mate 10 as well. Since the release of Huawei Mate 10 is near, some information regarding the device is coming out slowly.

Following the Huawei's pattern, it is nearly obvious that Huawei Mate 10 will come with the HiSilicon Kirin 970 processor. It is rumored that the upcoming Huawei SoC will be based on 10nm architecture, so a nice combination of performance and battery life can be expected from the device. 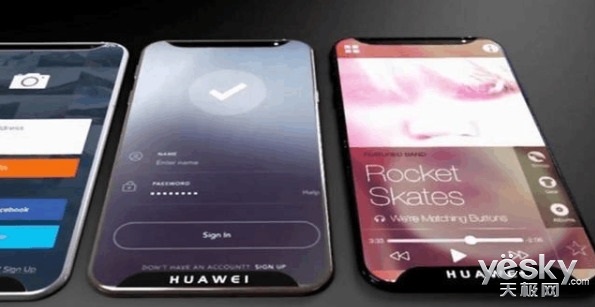 The most important info available about Huawei Mate 10 is that it will be an AR capable device based on Google Tango project. So hopefully Huawei will bring the augmented reality to the masses as the existing two Tango based Android smartphones are not successful.

According to the recent leaks, Huawei Mate 10 will feature a 6-inch QHD screen with no bezels, 1080x2160 pixels display resolution and so a 18:9 aspect ratio screen. The top of the screen will be a bit extended towards the bezel as shown in the leaked image and it will use the JDI LCD display.

Also a new user interface is visible, so hopefully a new version of EMUI is also around the corner that will come with Huawei Mate 10.

But so far all of these are just rumored information. Hopefully, Huawei will officially reveal some information about the Huawei Mate 10 soon before its official launch expected in October.