ZOPO, a Chinese smartphone brand, has just launched the cheapest 18:9 bezel-less smartphones ZOPO FLASH X1 and ZOPO FLASH X2 tagged as Infinity display. They were announced earlier at the IFA 2017 in Berlin, last month and now they are available in India. 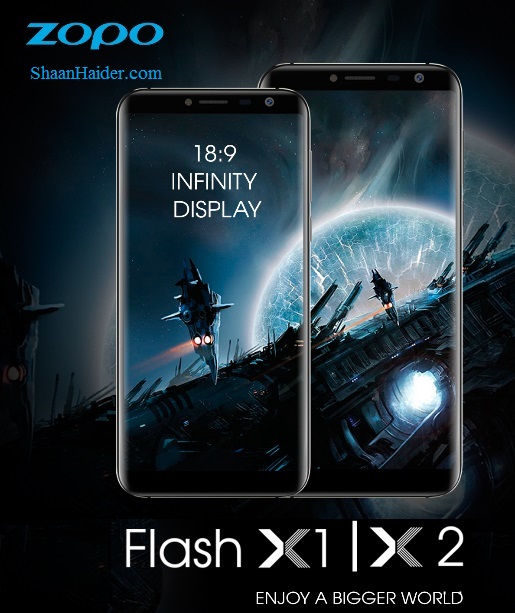 Both devices are powered by a 64-bit MediaTek Quad-core processor, Android 7.0 Nougat OS, 2GB DDR3 RAM and 16GB ROM that can be expanded up to 128GB using the microSD card.

ZOPO Flash X1 and Flash X2 also come with a 360-degree fingerprint scanner that is claimed to have a response time of 0.2 seconds. On the connectivity side, both devices support dual-SIM, 4G VoLTE, Bluetooth 4.0 and Wi-Fi 802.11 a/b/g/n.