Hope you guys remember that few weeks back an ad of Huawei P20 Plus/Pro screen protector got leaked showing the all-screen design of the upcoming Huawei flagship smartphone.

And now some more leaks are out from a Huawei P20 case manufacturer showing different variants of Huawei P20 series smartphones showing their design and some of the hardware specs including the triple camera lens setup.

This is going to be the upcoming #Huawei flagship smartphone, #HuaweiP20 Pro.... A full-screen bezel-less display with the notch.#tech #smartphones pic.twitter.com/YdHK775LSV

In one of the pic, the tri-camera module is visible. The lenses are in vertical position and right below them there is dual LED flash and the laser autofocus. There is also a hole available at he top of the case that night be either for a microphone or a 3.5mm audio jack.

All hardware keys are on the right side of the device along with the antenna lines as we have seen in the Huawei Mate 10 series of smartphones.

There is USB Type-C port and two speakers for the grill. So, hopefully we will have stereo speaker setup or just a dummy secondary grill for the beauty. 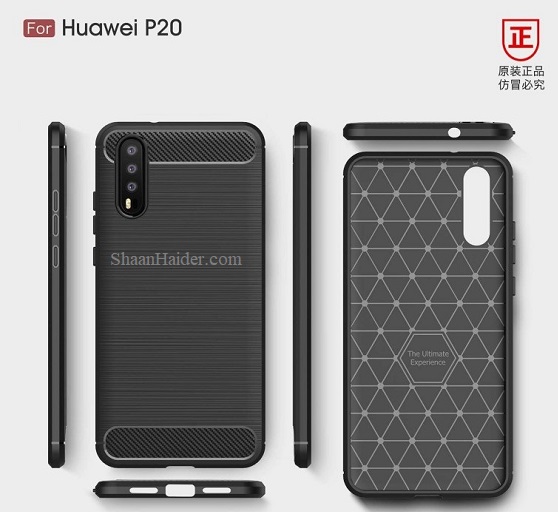 In another pic, the same case is shown with the front of the Huawei P20 smartphone. An 18:9 screen and a front fingerprint scanner is clearly visible. 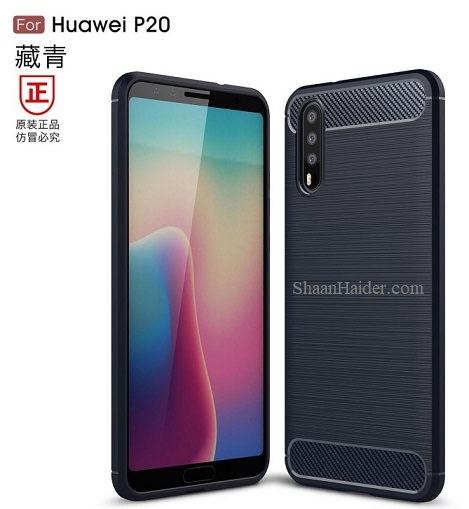 The third image is of the high-end variant of the Huawei P20, most probably it will be called Huawei P20 Plus. Like the previous leak, it shows an all-screen bezel-less display.

It also shows the same tri-rear camera module. There is no fingerprint on the front and also, there is no cut in the case provided for the fingerprint module on the back. 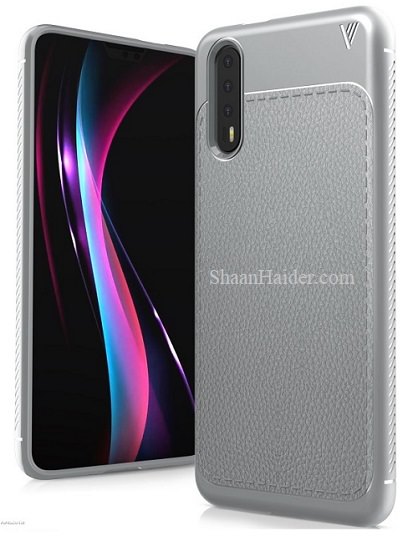 So we can expect a facial recognition technology on Huawei P20 Plus to unlock the device. The front camera sensor is provided in the top middle of screen in the center of the notch.

So we can expect at least two variant of Huawei P20 now. The regular one will come with 18:9 screen, fingerprint sensor and probably with 3.5mm audio jack. While the Huawei P20 Plus will feature an all-screen display with facial recognition.

But so far, all of these are just leaks and rumors. We will come to know about all hardware specs and features of Huawei P20 and P20 Plus soon officially.