Snapchat has announced today the launching of a global Lens Creative Partners program that is designed to connect brands with augmented reality (AR) experts and Lenses creators.

The Lens Creative Partners program certifies 30+ creators, from various levels including large agencies to expert individuals, who’ve been building engaging, immersive AR Lenses for Snap since the launch of Lens Studio. Snapchat is expecting to on-board overall 100+ creators over the next several months.

Snapchat aims to give brands easy access to expert AR ad creators, no matter their budget, brand, or location. By expanding its network of skilled creators, Snapchat is continuing to lower the barrier for brands to create and run sponsored AR, while simultaneously championing (and helping monetize) the creative AR community. 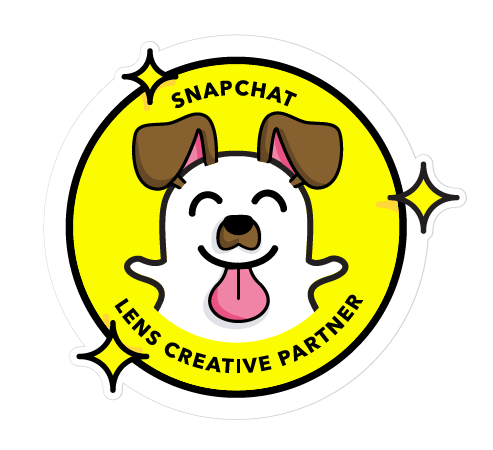 These certified creators are experienced in developing quality AR, and have completed a rigorous course about the development process, creative best practices, ad policies and buy models for sponsored AR Lenses on Snapchat.

Within the Middle East, many agencies such as Leo Burnett, TBWA and Saatchi & Saatchi have already joined the Lens Creative Partners program.

Augmented Reality is a key part of the Snapchat app since long and more than 70 million users play with AR "Lenses" on the Snapchat app per day. Each of those daily users spend on average of 3 minutes on AR Lenses, that’s equal to 500 years of daily AR play time on the app.


The Lens Studio ecosystem is also progressing and so far more than 250,000 Lenses have been submitted through the tool, which have been viewed by Snapchatters over 15 billion times.

The reason behind this is that Snapchat’s home screen is a camera that invites users to create, instead of more passively scroll through a feed of content. That design choice helped Snapchat pioneer ‘talking with pictures’ (a core use of the app), and popularize augmented reality for the masses - like the famous puppy face or dancing hot dog.

Snapchat launched 3D World (object) Lenses last and in April 2018, the company launched 'Shoppable AR', a new type of AR Lens advertising that in addition to boosting awareness, adds a button as call-to-action that let users to browse a product page, download an app, or watch a movie trailer. This feature, combined with the Snap Pixel released for all advertisers in June, allows advertisers to measure the ROI by tracking the purchases made after engaging with their AR ad.