Huawei’s Honor announced its latest flagship smartphone in the ‘V series’ Honor V20 in China in December, 2018. The global version of the device Honor View20 is now officially launched in Saudi Arbia and available for pre-booking.

Honor has collaborated Italian brand Moschino fir the design of View20 and the device will be available in Saudi ARbia in Phatom Blue and Phanton Red color options. 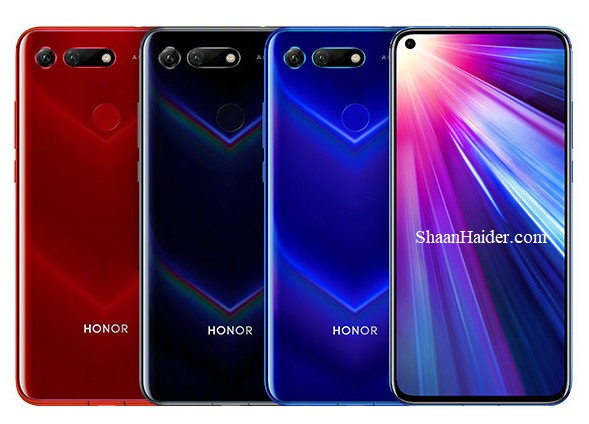 On the imaging side, there is 48-megapixel rear camera provided with Sony IMX586 1/2-type sensor that uses 4-in-1 light fusion to provide better low-light images at 12MP resolution and 4-times improved HDR support. On the front side, there is a 25-megapixel camera in the screen wwith 4.5mm cut out.

On the back of Honor View20, there is a TOF 3D secondary camera provided that performs 3D gesture recognition by capturing body movements and let users play games effeciently. There is a fingerprint sensor provided on the back with textured glass back panel. Honor View20 features a 4000mAh battery that supports fast charging.

The complete list of all hardware specs and features of Honor View20 are given below.

The price of Honor View20 in Saudi Arabia is 2,299 SAR and currently available for epre-booking