Huawei has officially announced its business results for the first half of the year 2019 declaring USD $58.34 billion in revenue, a 23.2% increase over the same period last year. Huawei's's net profit margin for H1 2019 was 8.7%.

According to Huawei's Chairman, Liang Hua, operations are smooth and the organization is as sound as ever giving the indication that all recent controversies and temporary ban from USA did not affect their business much. 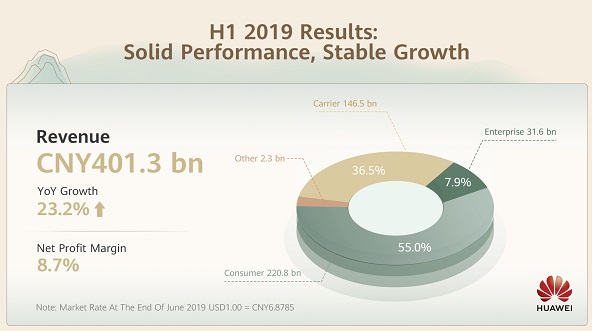 The shipments of tablets, PCs, and wearable devices like the smartwatches and fitness bands also reflected rapid growth. Currently the Huawei Mobile Services ecosystem has more than 800,000 registered developers, and 500 million users worldwide.

In Huawei's carrier business, H1 sales revenue reached USD $21.29 billion, showing the steady growth in production and shipment of equipment for wireless networks, optical transmission, data communications, IT, and related product domains. So far Huawei has secured 50 commercial 5G contracts and has shipped more than 150,000 base stations to markets around the world as it was also reported earlier. 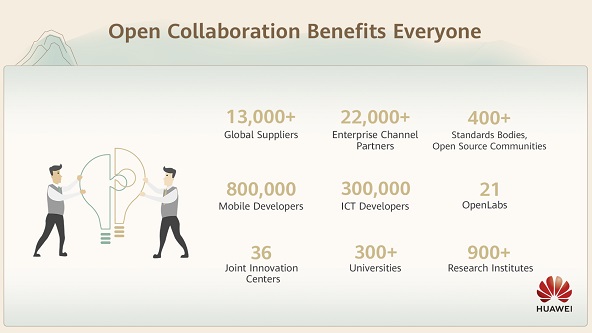 Revenue grew fast up through May. Given the foundation we laid in the first half of the year, we continue to see growth even after we were added to the entity list. That's not to say we don't have difficulties ahead. We do, and they may affect the pace of our growth in the short term."

But we will stay the course. We are fully confident in what the future holds, and we will continue investing as planned – including a total of USD $17.44 billion in R&D this year. We'll get through these challenges, and we're confident that Huawei will enter a new stage of growth after the worst of this is behind us.