When people come to Twitter to see what’s happening in the world, Twitter wants them to have context about the content they’re seeing and engaging with. Deliberate attempts to mislead or confuse people through manipulated media undermine the integrity of the conversation.

That’s why Twitter recently announced its plan to seek public input on a new rule to address synthetic and manipulated media. Twitter has proposed defining synthetic and manipulated media as any photo, audio, or video that has been significantly altered or fabricated in a way that intends to mislead people or changes its original meaning. These are sometimes referred to as deepfakes or shallowfakes. 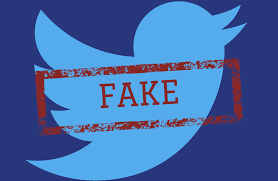 These are few actions that Twitter will take when it sees synthetic and manipulated media that purposely tries to mislead or confuse people:

- If a Tweet including synthetic or manipulated media is misleading and could threaten someone's physical safety or lead to other serious harm, Twitter may remove it.


Below is the link of a  brief Twitter survey which is available in Arabic, English, Hindi, Spanish, Portuguese, and Japanese.  For those who prefer to Tweet their feedback, Twitter will be listening to Tweets that use the hashtag #TwitterPolicyFeedback.

Additionally, if an organization would like to partner with Twitter to develop solutions to detect synthetic and manipulated media, it can fill out the form by visiting the below link

Partnerships Against Synthetic and Manipulated Media

The feedback period will close on Thursday, Nov. 28 at 2:59 a.m. KSA. At that point, Twitter will review the input it has received, make adjustments, and begin the process of incorporating the policy into the Twitter Rules as well as training its enforcement teams on how to handle this content. It will make another announcement at least 30 days before the policy goes into effect.