The new Huawei laptop series introduces a revolutionary cross-platform experience that allows users to seamlessly work with multiple devices through a single pane of glass. 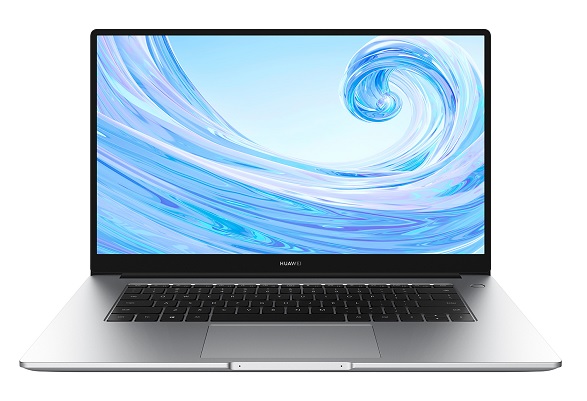 The latest HUAWEI MateBook D Series comes with a range of new features including support for Huawei Share that allows users to project their smartphone display to a PC and control both devices simultaneously. Once the connection is established, users may drag and drop files across the systems to seamlessly transfer files and operate mobile apps directly on the PC – including editing documents.

Compared to the rounded design of its predecessors, the new HUAWEI MateBook D Series has a bolder and sleeker design along with the FullView Display having impressive screen-to-body ratio. The enhancements made to the small details – such as the thinner bezels and recessed camera – allow Huawei to further shrink the form factor of the laptops, further improving their portability.

HUAWEI MateBook D series comes equipped with the fingerprint scanner, integrated into the power button, so users can power on their device while simultaneously having their identity authenticated. This means users don’t have to scan their fingerprint or input their password at the login screen to unlock their device. Using this scanner, users can get to Desktop immediately.


The fingerprint scanner in HUAWEI MateBook D supports sensitivity much greater than the average. The scanner improves recognition consistency with use – the more it is used, the more consistent it becomes.

The HUAWEI Matebook D Series is available for pre-order starting from February 6th till the 13th of February 2020 at the price of 2,499 SAR for the HUAWEI MateBook D 14 and 2,699 SAR for HUAWEI MateBook D 15 with valuable gifts (limited quantity) including HUAWEI WATCH GT, 12000mAh 40W SuperCharge Power Bank, HUAWEI Bluetooth Mouse and HUAWEI Backpack (during the pre-order period only) at the Huawei Flagship Store in Riyadh Park, Huawei E-shop, and several authorized retailers in Saudi Arabia.