Neurosity has announced its Notion device, the first and only “brain-reading computer” which combines CPUs, RAM, brain sensors and Internet connectivity all in one device you wear on the back of your head. Because it includes computing power, Notion allows Neurosity and third-party developers to create never-before possible applications to run right on the ‘headwear.’

The new Notion is shipping today to developers to help them create apps for the brain computer platform ecosystem, similar to smartphone app stores. Notion is certified by the FCC, uses the Linux OS.

Neurosity will be launching its own app store for the Notion, featuring Neurosity-created apps and those built by third-party developers. Neurosity has already started deploying apps for its Notion Developer Kit. One Notion app available now (for coders) is called the Developer Assistant and measures cognitive performance to reveal when and where you can write your best code, detecting your level of concentration and alertness or if you are becoming fatigued or distracted. It will automatically enable “do not disturb” mode when you are focusing so you don’t get distracted by notifications. 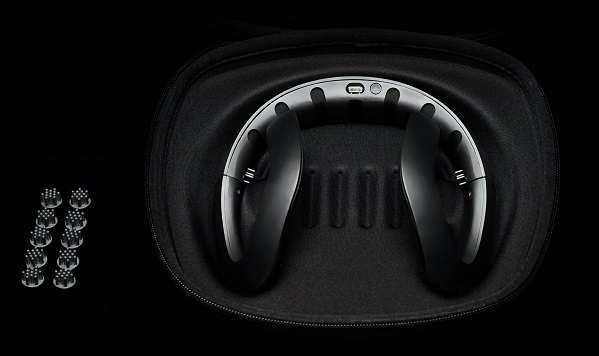 Few of the hardware specs and features of the Notion device are:

From fatigue detection while driving a car to changing music just from your mood state, Notion will have a range of brain applications. Using the Notion Developer Kit and the Notion API, software engineers can develop apps like these:


Because all the computing takes place right in the device, the apps will be able to work anywhere - indoors and out - with no additional laptop or smartphone.


AJ Keller, Co-founder, Neurosity, said; These apps can be so exciting and will really transform how we interact with computers. We see how understanding our stress, emotion and anxiety leads to a world where we can have applications that are working to help the conscious mind make sense of the subconscious. I imagine a world where you can just think about something and it happens. What kind of future would that be, where your thoughts power the things around you?

Neuro devices that read brain waves are all the rage for early adopters, but all of them require transmitting data to an outside processor to do the computations. With advances in artificial intelligence, portable brain imaging, and powerful microchips, we are now able to derive more quantitative information about our minds than ever before. We are working to create a future where your thoughts power the things around you. The Notion can interpret your brain waves without the need for any other computer to execute a command.