Sony Middle East & Africa and MBC Group have announced the anticipated launch of the popular Shahid app on Sony Android TVs from mid-March 2020.

Existing users of Sony Android TVs can download the Shahid app from Google Play. Furthermore, new purchasers of these televisions will get a free subscription to Shahid VIP content. The period of subscription varies with the model purchased and range from 3 months to a full year subscription for the 8K, OLED and the top of the line 4K BRAVIA TV models.

In a recent study done by market research agency YouGov among 2700 respondents across the GCC, picture quality was found to be the most valued television feature that Arab customers look for when deciding on buying a TV. The study also revealed changing patterns in what people watch on their TVs. Video-on-Demand platforms are tops in content consumption and Shahid is very popular among Arab audiences. 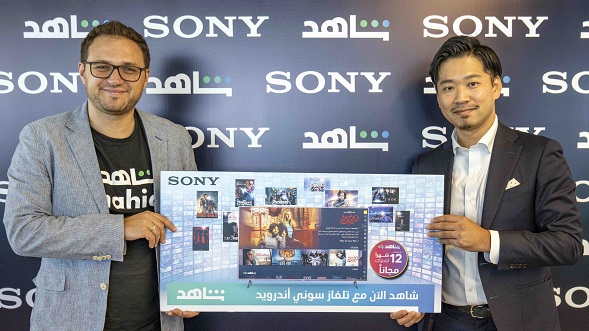 The best content deserves the best viewing experience, that’s why big screens became more and more important for Shahid's viewers. With the new Sony 4K Android TV with enabled Shahid VIP subscriptions, viewers can now enjoy premium and exclusive content such as Shahid Originals, latest Arabic movies right after the cinema, premiers ahead of linear TV, in addition to a wide selection of the best entertainment that is suitable for all members of the modern Arab family.