Dolby On, Audio-Video Recording App, is Now Available in MENA Region on iOS and Android

Dolby On - a free, music and video recording and streaming app is now available on Apple iOS and Android Google Play store across MENA region. The ‘Dolby On’ app is designed to easily record and live stream audio and video with superior Dolby sound quality by using just your phone, letting you capture the moment when it strikes with unmatched simplicity. The app can easily be set up and used.

Dolby On provides musicians and content creators a powerful mobile tool to capture their ideas and inspirations, as they strike, and then turn them into shareable content for their friends and collaborators, in amazing Dolby sound 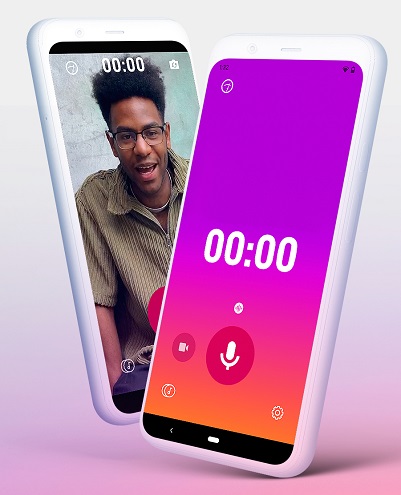 Dolby On listens to the sound coming in and automatically applies audio effects like compression, EQ, limiting, noise reduction, stereo widening, de-essing and more. You can further edit the sound with unique sound “styles” filters, allowing you to apply sonic profiles to your recording. Thus, enabling creators to record and livestream, both audio and video, with exceptional Dolby sound from the comforts of their home, without having to go to a studio.

The iOS app has an in-built ‘one tap’ live streaming feature for sharing out content to Twitch or Facebook.

Here are some Pro-Tips to the make most of the Dolby On app.

- For video, frame your shot by setting up your phone or tablet, and ensure your space is lit properly. For audio-only recordings, you should experiment with phone placement to get the right mix of sound sources (for example, capturing the right balance of your voice and guitar.)

- Check your levels and keep an eye on the in-app level meter if you’re in the red, reduce your volume or move the phone further away to avoid clipping.


- Should you be using the iOS live streaming feature, make sure you have your Facebook or Twitch feeds available nearby on a separate device so you can view feedback and engage with your viewers in real time.

- With Dolby On, you can still use your favorite external phone mic setup, all while taking advantage of the apps powerful processing.

The app’s iOS and Android versions are available for free at the Apple App Store and at the Android Google Play Store, respectively at the below links.