Huawei Tech Investment Saudi Arabia Company has announced that it will kick off soon the pre-order phase for its latest HUAWEI WiFi AX3 Series, that comes with support for the Wi-Fi 6 standards.
As the connecting hub for Huawei's revolutionary 1+8+N all-scenario smart life strategy, the HUAWEI WiFi AX3 features financial-level HUAWEI HomeSec security safeguards (only supported on Quad-core version), providing users with an intuitive, lightning-fast, stable, and secure Wi-Fi 6 connection at all times.
HUAWEI WiFi AX3 Series routers come equipped with Huawei's exclusive Gigahome processor and Gigahome Wi-Fi 6 chipset. With the Wi-Fi 6 standards as the basis, Huawei has incorporated multi-chip collaborative technology, so as to ensure that the HUAWEI WiFi AX3 offers "Wi-Fi 6 Plus" at a doubled network speed, alongside enhanced wall penetration capabilities, when used with other Huawei Wi-Fi 6 devices. 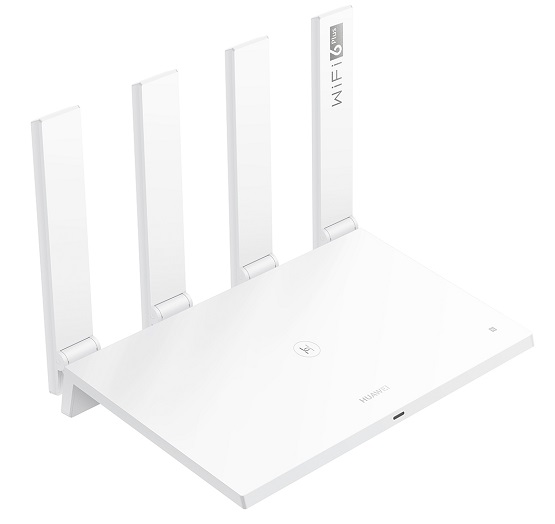 The Gigahome Wi-Fi 6 chipset made this solution possible, by improving the frequency bandwidth to up to 160 MHz, as well as in realizing on-demand automatic packet fragmentation in narrow-band mode via dynamic narrow-band technology. This has the effect of stabilizing the working band frequency bandwidth at 2 MHz, for a wall-penetrating network signal that doesn't stall. Or simply put, users can enjoy faster network near the device, and more stable connections from further distances away.
The quad-core version of the HUAWEI WiFi AX3 Series also provides support for Huawei Share. Simply by tapping an unlocked Android phone with NFC enabled against the router's NFC detection area, users can connect directly to the Wi-Fi network without needing to enter a password. This feature is particularly handy for catering to house guests, or hotel and restaurant patrons, saving them the time, hassle, and awkwardness associated with asking for and entering a complicated password.
The HUAWEI WiFi AX3 Pro takes the factors that slow down wireless network speed into account, it optimizes the routing system from the app layer, driver layer, and kernel layer, and establishes a two-year ageing test model to ensure its long-term stability.
Huawei will be providing also the HUAWEI WiFi Mesh which will be available soon for pre-order too. The HUAWEI WiFi Mesh is a Tri-Band device, where each router of the Wi-Fi system offers one 2.4 GHz and two separate 5 GHz bands, delivering combined speeds of up to 2.2 Gbps. With a 5 GHz band, which switches to 2.4GHz automatically at long range and is used as a dedicated backhaul connection, HUAWEI WiFi Mesh creates a seamless and reliable Wi-Fi system throughout your entire home.
Featuring Huawei Share technology, HUAWEI WiFi Mesh lets you and your guests get connected quickly and effortlessly. Simply tap your NFC-enabled Android phone to one of the HUAWEI WiFi Mesh routers. No Wi-Fi name or password needed. 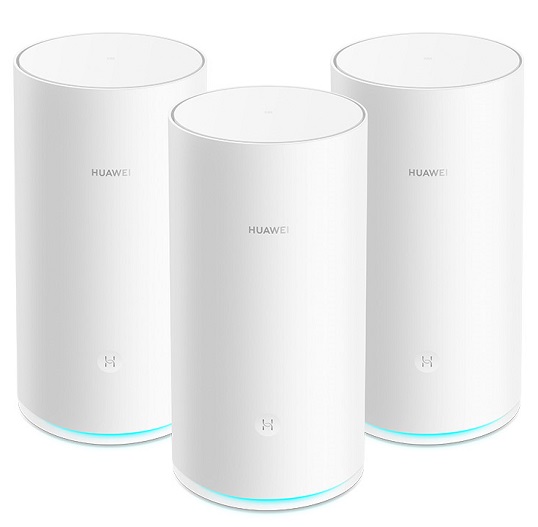 This device supports automatic networking and plug-and-play. It supports the auto-sync of your router's Wi-Fi configurations: If the Wi-Fi name, password, or router management password is changed on your primary router, the configuration will automatically sync to the others HUAWEI HiLink routers. If there are multiple routers in your home, your Wi-Fi device will be automatically switched to a better-performing router.
Powered by a Gigahome quad-core 1.4 GHz CPU with a computing capacity of up to 12880 DMIPS3 and 256 MB large memory, each router of the HUAWEI WiFi Mesh is capable enough for you to keep your phones, tablets, notebooks and more smart devices stably connected at the same time.
HUAWEI WiFi Mesh is an impressive router for gaming, watching movies, working from home and distance learning scenarios. Don't let the router slow you down. HUAWEI WiFi Mesh provides a better solution to bring you fast and reliable Wi-Fi connection wherever you need it.
The price of HUAWEI WiFi Mesh in Saudi Arabia is 1,199 SAR and the pre-order starts from 15th July during which it will come with 1,199 SAR worth of free gifts. The price of HUAWEI WiFi AX3 in Saudi Arabia is 249 SAR for dual-core version and 349 SAR for quad-core version and it will come with 313 SAR worth of free gifts.