GTFO, the heartpounding 4-player co-op horror/action FPS, which has taken the world by storm has arrived in the Middle East with its major new ’Rebirth’ update. Now gamers across the region can join the fight for survival as they uncover the mysterious alien horrors in a shadowy underground prison complex.

The game has captured the imagination of players around the world for its fast-paced action, which requires expert timing and careful cooperation among team members for success. The latest update adds  a whole new camapign – in GTFO named Rundowns - called ’Rebirth’ into the mix which means gamers must be alert and ready for anything. The update adds intense new maps, scenarios and terryfying enemies in addition to a host of new features that are sure to make gamers comeback for more in the notoriously challenging co-operative shooter.

GTFO is the first game from Swedish developer 10 Chambers, formed by the industry veterans behind PAYDAY: The Heist and PAYDAY 2. The game, which is best described as "Left 4 Dead meets Aliens," puts the emphasis on teamwork, collaboration and communication for players to successfully complete each ‘Rundown’, a time-limited set of missions, challenges, maps and monsters. 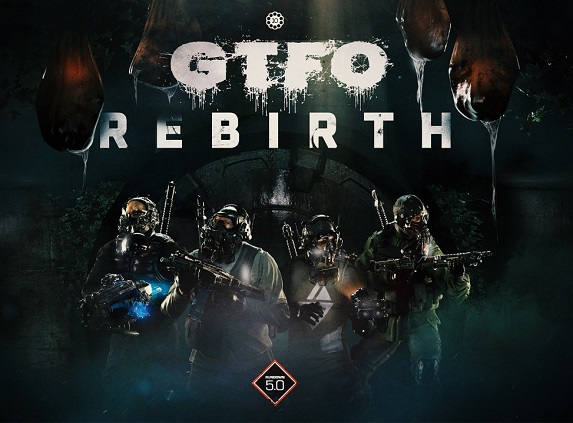 Unlike other FPS games you really do need to work well with others to survive. That means you have to plan startegy and tactics including your weapons loadout before you and your friends take on the horrors that await. But its not just the monsters that you have to worry about. The treacherous underground locations are full of hazads that will require teamwork to solve puzzles to progress. The update is the most extensive yet, and adds a new nature theme to the dark and eerie atmosphere of The Complex, the mysterious prison where the game is set.

Those brave enough to set foot inside The Complex will encounter a horryfying new enemy as well as more expeditions, and ‘Boosters’, a new reward that enhances a player’s abilities – through an injection to the brain. Boosters can be unlocked in exchange for artifacts that are recovered from The Complex, increasing replayability. For those new to the game, the ability to unlock artifacts even if players die on the mission, gives them the chance to gain a valuable power-up to help on their next attempt.

Players will need all the help they can get. The game takes place in The Complex’, a terrifying underground facility where players are being held prisoner. The mysterious entity in charge of The Complex, called ‘The Warden’ challenges teams of four prisoners to explore the structure to complete various missions. But the deeper into the complex the prisoners go, the harder the tasks get. To survive it is vital that you and your team can communicate effectively and coordinate a group and that means always make sure you have counted your bullets. Soloplay is almost impossible, and co-operation is key to surviving the exceptionally difficult missions.

The new update, Rebirth, is available from 1PM CEST, 2021, April 29, and is free for everyone that owns GTFO. GTFO Early Access is available on Steam for $34,99, but to celebrate the new Rundown, the game is available with 20% off right now.