The BenQ GV30 is a 100-inch portable projector that allows you to project your content practically anywhere you want. It comes with a built-in battery and only takes minutes to set up, making it well worth taking a closer look. This is a genuinely portable projector in every sense of the word – it's light, comes with a handy carry handle, and can last for approximately 2.5 hours on batteries. It's also worth noting that, while it's tiny, it isn't fragile; it's designed to be drop-proof up to 70cm. That is so cool! 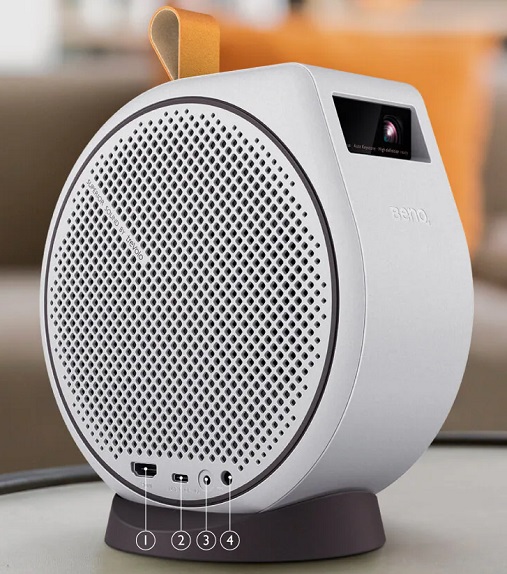 To be able to rotate and face any direction, the body of this gadget is attached firmly to a cute little rubber-footed base with magnetic force. So, while BenQ claims 135 degrees of rotation, it actually goes above 180 degrees in practice! GV30 also has these little sensors placed around its lens that deliver impressive autofocus and an auto-vertical keystone to make sure that the picture is autofocused and auto-squared within the limits available.

BenQ's QS01 Android 9.0 HDMI stick is included with the GV30, which can be conveniently tucked away inside as it is connected to an internal HDMI socket and a USB power source, allowing for built-in access to streaming services. Users can now enjoy streaming videos wirelessly from phones, tablets, and computers using not merely the Chromecast built-in to Android sticks but also AirPlay.

The top HDMI input handles all of the projector's external sources; however, it can also be used for external video sources such as a movie player or gaming console via the side HDMI input. The GV30 may also function as a portable Bluetooth speaker for music. 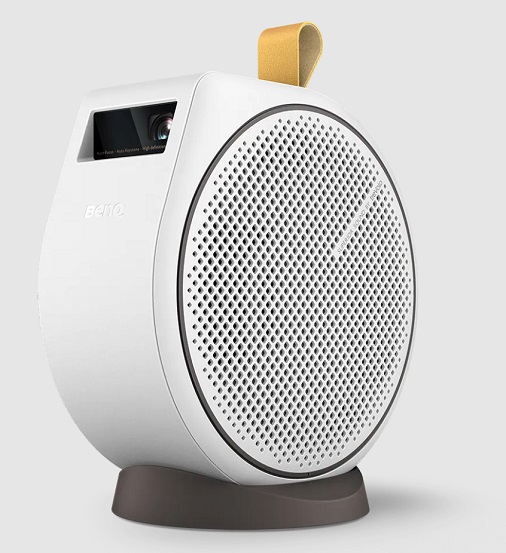 The GV30's brightness is truly incredible, and that's what takes the whole experience up a notch. It uses a tiny 0.23-inch DLP digital micromirror device from Texas Instruments with an Osram LED light source that provides 20-30,000 hours of usage. The GV30's wireless projection system is simple to set up, but it needs the projector and receiving device to be linked to the same Wi-Fi network.

The BenQ GV30 is one of the more attractive projectors available on the market. It's ideal for any scenario, from moving it around the house to taking it on holiday or a picnic. In addition, because of the integrated speakers, Android applications, external inputs, AirPlay and Chromecast wireless streaming capabilities, content viewing on this projector is a breeze in more ways than one.

Add to it GV30's tremendous mobility and flexibility in terms of placement, as well as its auto focus and keystone correction functions, and you have a one-of-a-kind design that makes big-screen entertainment simple and pleasurable.