With a distinctive ring-shaped design to keep you in touch with your environment without depending on a transparency mode, the Sony LinkBuds made a major sensation earlier this year. However, a new LinkBuds has arrived in town and is doing the exact opposite, leaving everything behind. For better or worse, the Sony LinkBuds S are a typical set of wireless earbuds.

We gave the LinkBuds S a good amount of time to determine if eliminating the drawbacks of its predecessor justified retaining its distinctive features.

As typical as true wireless earphones come, these ones are in terms of design. The slightly rounded, black plastic earbuds fit comfortably in your ear and include silicone ear tips that seal the ear canal. 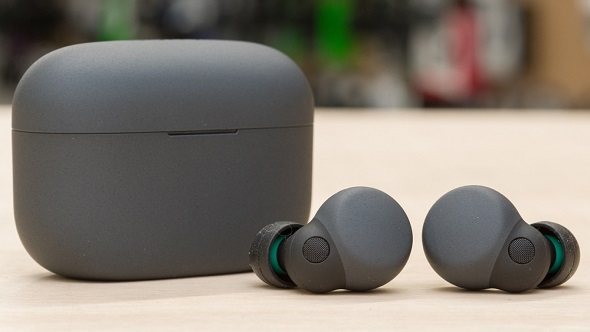 The LinkBuds S are rather simple to wear and operate thanks to their well-known design. The earbuds have an ergonomic form that fits my ear quite well and come with four different sizes of ear tips. Sealing the ear allows you to genuinely hear the bass in your music even if you won't be able to hear your surroundings nearly as effectively as with the original LinkBuds. Another advantage of the sealed fit is that loud environmental noise shouldn't require you to turn up the volume to dangerous levels.

The matte textured plastic of the LinkBuds S and its charging case is a carryover from the original LinkBuds WF-L900. On the one hand, the texture is pleasant to the touch, and it seems unlikely that it will ever escape your fingers. The ear tips are no exception, as they are also very quick to collect up dust, filth, and grime. You'll have to get accustomed to having a pair of earphones that are always dirty if you don't like cleaning them frequently with rubbing alcohol, swabs, and other cleaning supplies. It undoubtedly makes taking pictures of them for a review challenging.

Sony LinkBuds S supports the standard SBC, AAC, and LDAC codecs and connects by Bluetooth 5.2 to the device of your choice. Although LDAC isn't as stable as other high-quality Bluetooth codecs like aptX, its inclusion gives Android users a high-quality alternative to AAC, which is better suited for Apple devices.

Google Fast Pair is also supported by LinkBuds S, making setup on Android a breeze. When you start pairing, an Android device that is compatible should show a card that enables a quick connection. This gadget may very probably employ the new LC3 codec when it becomes available due to the use of Bluetooth 5.2. It's unclear, though, exactly when that will take place.

The frequency response is the one area where the new LinkBuds significantly outperform their predecessor. A highly pleasing sound is produced by the strong representation of the bass and mid-range frequencies. 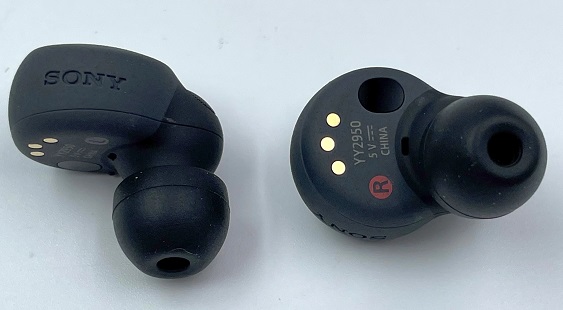 The Sony LinkBuds S should reproduce music of most genres quite well, but some harmonics and other high-pitched sounds will be much less audible due to the low emphasis on the high range. The problems can be resolved with little effort by making changes in the equalizer from the smartphone app.

For a set of wireless earphones, the Sony LinkBuds S offers exceptional active noise cancellation (ANC). Environmental noise should be reduced to approximately one-eighth its original volume with low-end attenuation of up to 35dB around 200Hz. Such ANC performance will greatly muffle low, droning noises, such as a car engine's rumble or a lawnmower's blare.

Incidental noises with a higher frequency will still be audible to some extent. This type of sound is more affected by passive isolation, and the LinkBuds S performs adequately in this regard. You shouldn't be bothered by noises like the clatter of dishes or the chatting of customers at a cafe as long as you achieve a good seal with the appropriate-sized ear tips.

In ideal circumstances, the Sony LinkBuds S has a respectable microphone for a pair of wireless earbuds. Voice quality suffers as a result of the microphone's poor performance with background noise (our street noise test shows some very obvious processing artefacts). This will work for phone calls if you're at home or in a calm setting, but don't expect much more.

Controlling the LinkBuds S is really simple. You can operate all on-ear features by simply touching on the earbuds' flat outside edges. There are control settings for performing the standard range of taps to handle activating your virtual assistant, switching between ANC and transparency mode, adjusting volume, and managing playback. Like with previous Sony audio products, there is also an awareness mode, which is activated by holding the side of one earbud for a brief burst of transparency mode. 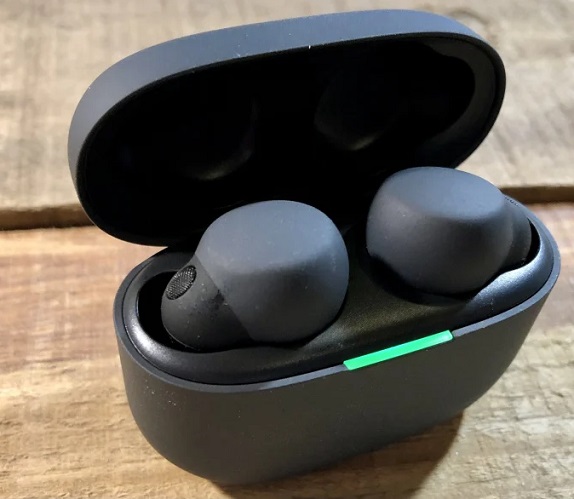 The Sony Headphones Connect app allows you to customize the profile for each earbud's capabilities, but you cannot define individual controls. For example, the left earbud can toggle ANC or playback controls, but you will never be able to specify what triple-tapping it performs.

In our testing, we discovered that the LinkBuds S come near to Sony's claimed 6 hour battery life. The Sony LinkBuds S lasted 5 hours, 41 minutes on a single charge with a steady output of music being played at a bit less than maximum volume. It is more than enough to get through practically any extended listening session.

An additional 14 hours of charge are claimed by the LinkBuds S charging case, increasing the total to almost 20 hours. Our experience suggests that is largely true.

The Sony Headphones Connect app allows you to personalize the earbud controls, get firmware updates, and check the remaining battery life of both the charging case and each individual earbud. Additionally, it has a variety of EQ choices, including presets and the possibility to build a custom EQ. 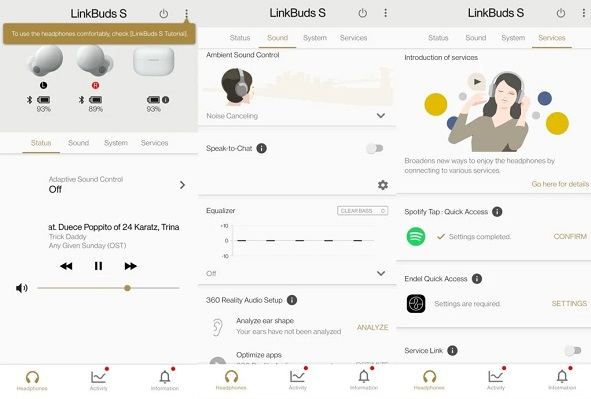 Additionally, it enables you to choose a priority for connection speed or audio quality, which will determine the Bluetooth codec that can be used. Keep in mind that choosing connection strength will prevent you from using the Android developer options to force LDAC.

The LinkBuds S will come as a big letdown if you were looking for an improved, second attempt at the open design of the Sony LinkBuds. This is worth a look, though, if all you're after are a solid, though uninspiring, pair of wireless earphones.

The Sony LinkBuds S has a lot going for it even though it isn't particularly interesting. It has excellent ANC, is well-fitting, sounds wonderful, is simple to use, and sounds really good with a little EQ tweaking. Although the original LinkBuds have lost all of their distinctiveness, reliability is nevertheless a desirable trait.

This competes well with anything priced under 700 SAR if you're searching for an excellent pair of noise-canceling wireless earbuds. The earlier model is still available if you're looking for something that enables you to always be aware of your surroundings.