Everyone knows that when it comes to Android phones, a buyer can’t often wait around for the best deal, because things are changing and evolving so fast in this market. You might eventually get a good sale on a phone, but you’ll end up with outdated software and sub-par hardware. The companies are trying hard to out-do each other when it comes to the newest technology, and they’re driving the industry into an unprecedented hurry. However, sometimes it’s not the consumer who has waited too long—it’s the company. The Motorola Droid Bionic is a phone that was raved about when it was announced, and now who knows how it will go over?

When the Motorola Droid Bionic was announced back in January 2011, everyone was captivated. An LTE 4G Smartphone? It was a to-get item on all techies’ and phoneophiles’ lists. Pretty, functional, powerful, with lots of goodies, the Droid Bionic looked really, really good.

However, when Motorola inexplicably dragged its heels and the Droid Bionic didn’t get the approval from the FCC the first time around, the HTC Thunderbolt blazed in to take on the smartphone market. It looks snappy and stylish, comes with a great functional kickstand, a top-notch camera, and it was the first Verizon 4G phone to actually make it to mass-market retail availability. After that came the Samsung Droid Charge. And then the LG Revolution; although they’re good phones, neither one got the massive attention the HTC Thunderbolt did. 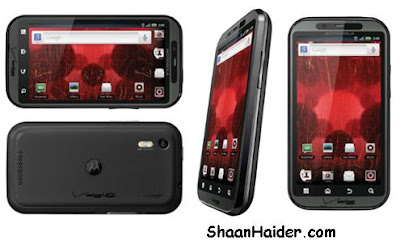 The Motorola Droid Bionic was (finally) cleared by the FCC last week. So, we can expect to see it in stores sometime in the beginning of August. But is it a case of too much hype, and not enough haste?

It will still have the distinction of being the premiere dual-core Verizon LTE smartphone, so as long as the phone’s hardware is as awesome as it seemed to be when it was viewed in January, then it still has a chance of capturing the notoriously fickle attention of the smartphone-buying-and-replacing public. Motorola will also be debuting the Photon 4G model for use on Sprint’s network, and the Triumph will be there for Virgin Mobile customers.

However, many people want Motorola to do something interesting and surprising. Perhaps the Droid Bionic will end up being better than we could have imagined, maybe the design will be improved, the hardware more efficient and faster, and the battery will last a long time. Those features alone are worth giving it a shot.